Flipping a house is a lot of work, and can yield a big profit. But not every project is guaranteed to be lucrative. So what’s the key to successfully making over a fixer-upper and selling it for a gain? Our new series “What the Flip?” presents before and after photos […]

Flipping a house is a lot of work, and can yield a big profit. But not every project is guaranteed to be lucrative. So what’s the key to successfully making over a fixer-upper and selling it for a gain? Our new series “What the Flip?” presents before and after photos to identify the smart construction and design decisions that ultimately helped make a house desirable to buyers.

The flippers who found this four-bedroom, four-bathroom home in the seaside town of Carlsbad, CA, seemed to have a good idea of the potential financial risks involved in their venture—and how to avoid them.

They picked up their property, a modest 60-year-old home, in May 2019 for $1.06 million. As the following photos show, they demolished the place, started from scratch, and built it up into a modern farmhouse mansion that feels right at home in the beachy locale.

But did their hard work pay off? You betcha! They sold it just over a year later, in June 2020, for $2.3 million, nearly doubling their investment.

So what exactly did they do that caused the home’s value to increase so much? We asked our team of experts to weigh in on the changes that made the most impact.

We wouldn’t blame you for thinking that these before and after pictures are of different homes. At first glance, we did too!

“I had to check the address numbers to be sure,” admits Marcia Castro-Socas, a real estate broker and experienced home flipper. She says the changes to the front exterior were not a small job.

“The reconfiguration of the entry is a large project, as the roofline is involved, but it is spectacular and changes the look of everything,” she says. 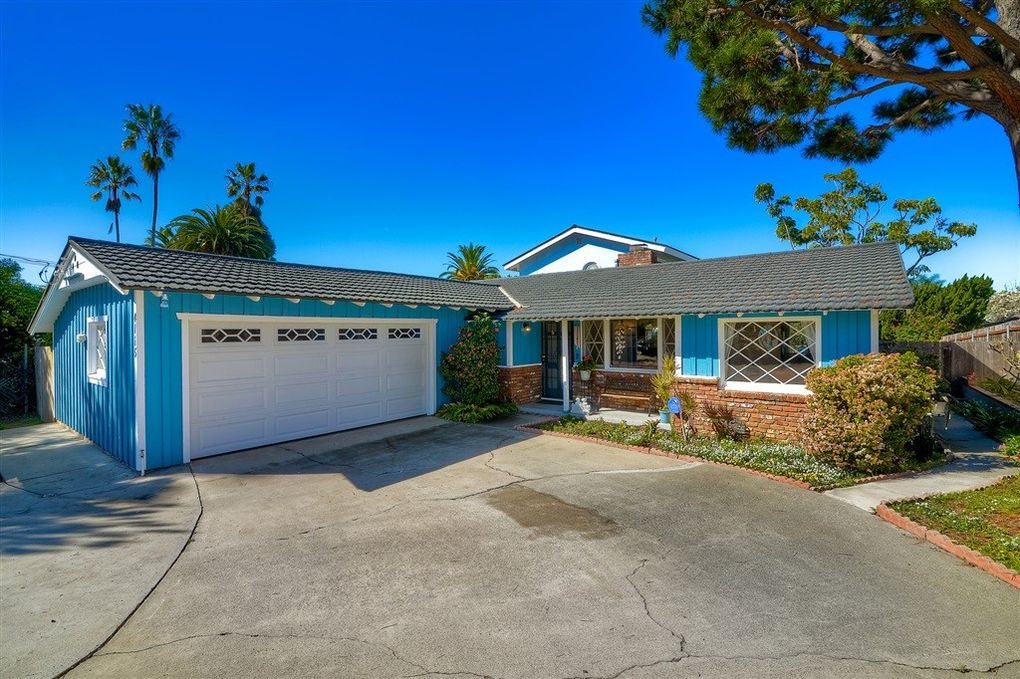 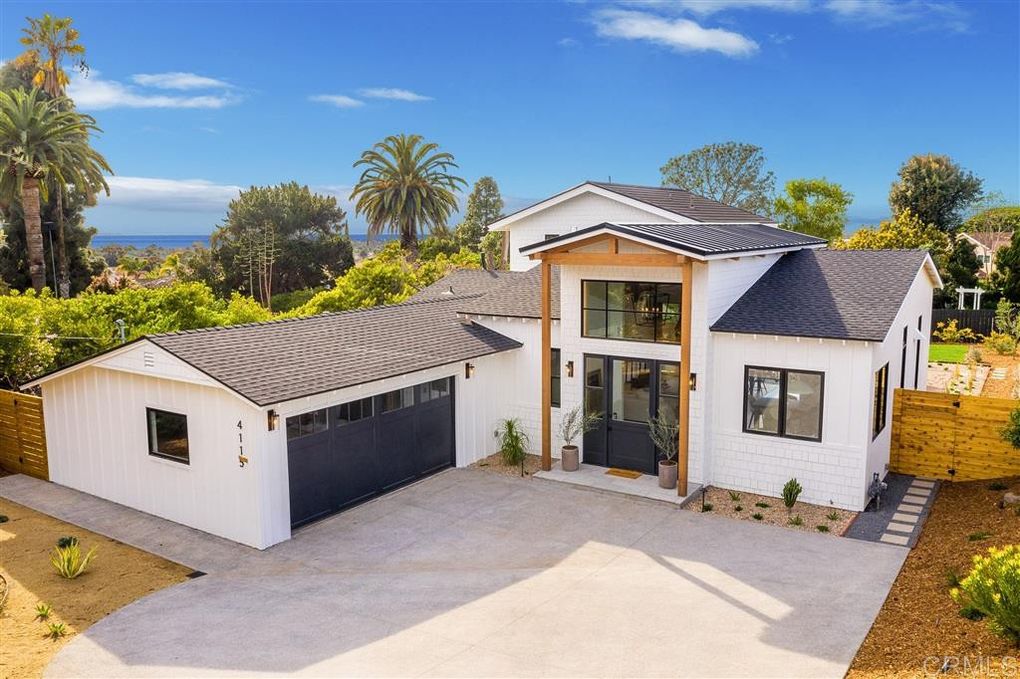 “The exterior remodel on this property has taken an average home that you could drive by without even noticing, and turned it into a showstopper,” adds Natasha Nicolaou, owner of NatNico Designs, a Boston-based interior design and home-staging company.

“The flipper made some very smart changes in order to create a modern, luxurious look with this home,” she says. “The vaulted entryway with structural beam accents is absolutely gorgeous, and is made even more beautiful by the crisp black-and-white paint job that makes the house pop.”

Nicolaou says changing the windows was also a master move.

“The new windows look amazing, but also are vastly more energy efficient, which is very attractive to buyers,” she says. 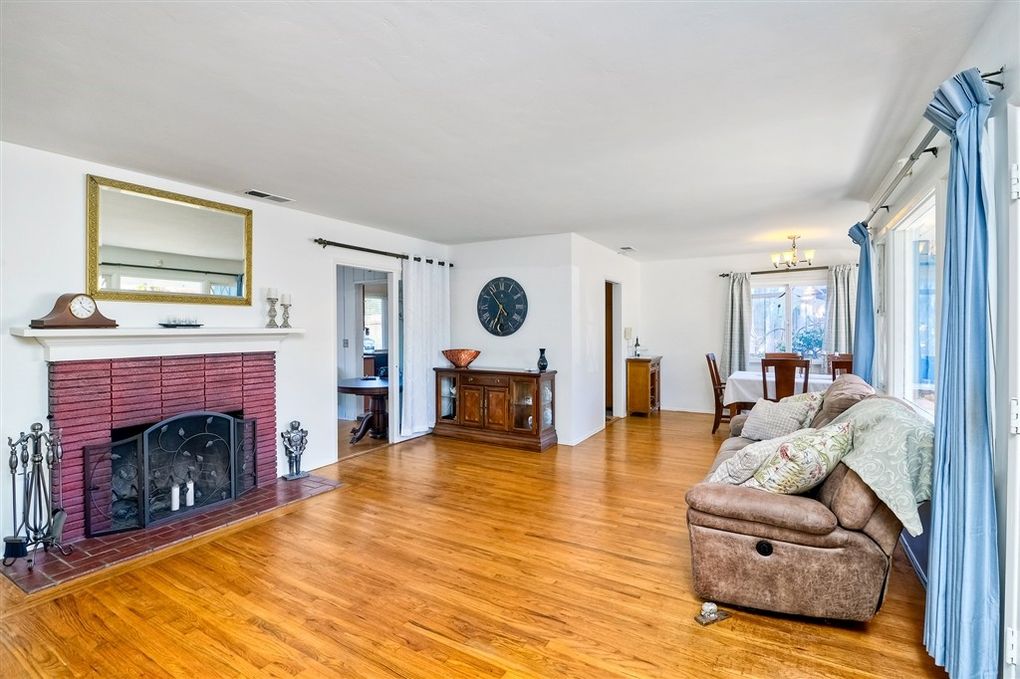 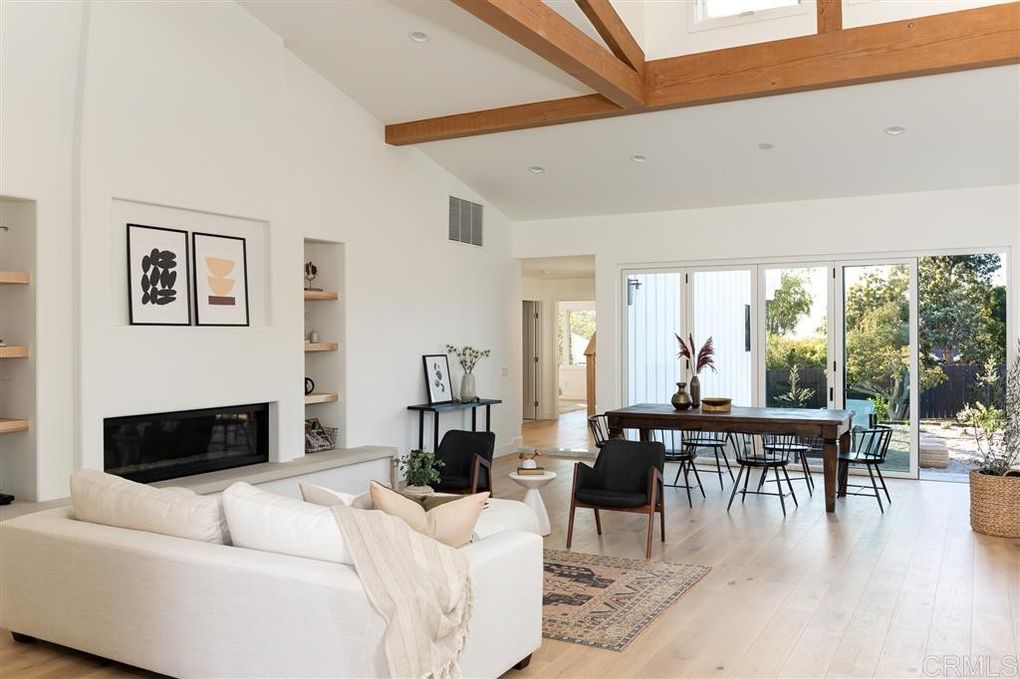 It’s not hard to spot the big change in the living room—it makes an immediate impact, and our experts say that’s a good thing.

“Adding a lofted ceiling to any room will immediately add drama and elegance,” says Rachel Street, an interior designer, real estate agent, and the TV host of the DIY Network show “Philly Revival.”

“Low ceilings can be hard to design around, but adding this height creates both space and light. The natural wood beams create a space that is both cozy and modern at the same time.” 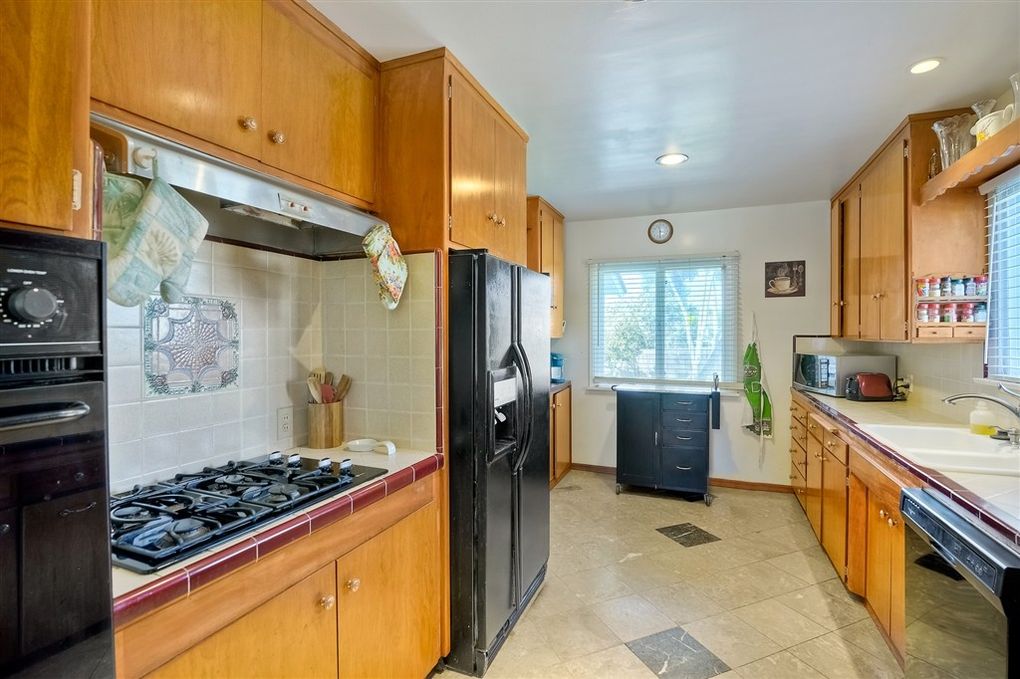 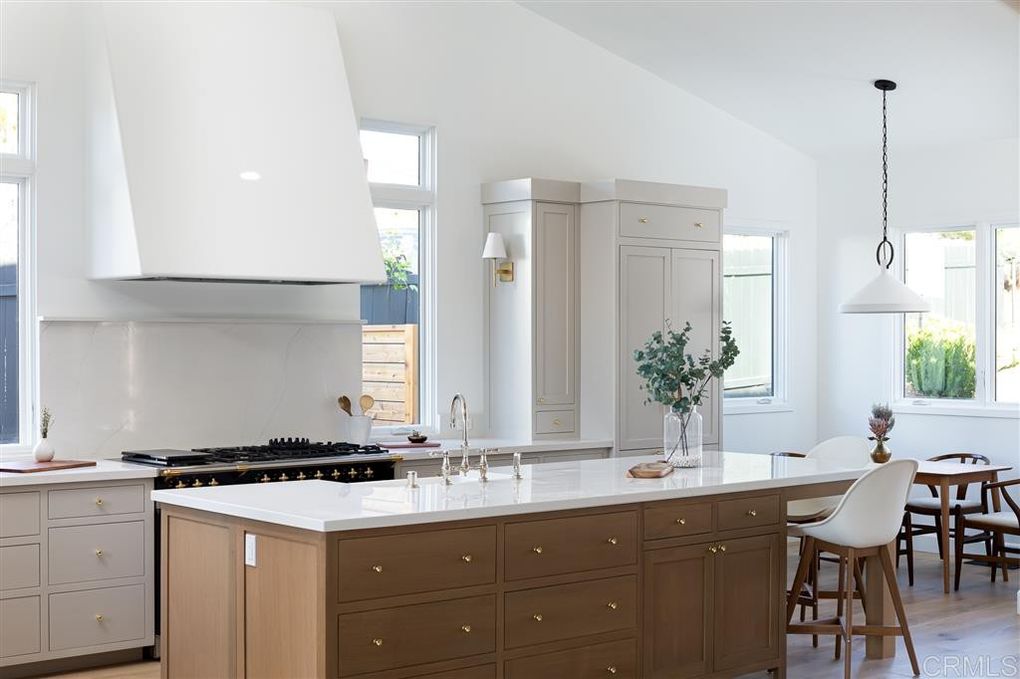 James Judge, an Arizona real estate agent, says the smart move in this room was removing the wall to make room for an island.

“People love to gather in the kitchen, and an island is the perfect place to do that,” he explains. “The new breakfast nook seating is another bonus. Now, you have two new areas with seating.”

“The kitchen is one area where people spend an extraordinary amount of time, but the tight galley kitchen doesn’t allow for a lot of interaction,” she says.

“Opening up the space and creating multiple areas for family interaction is always a fantastic investment.” 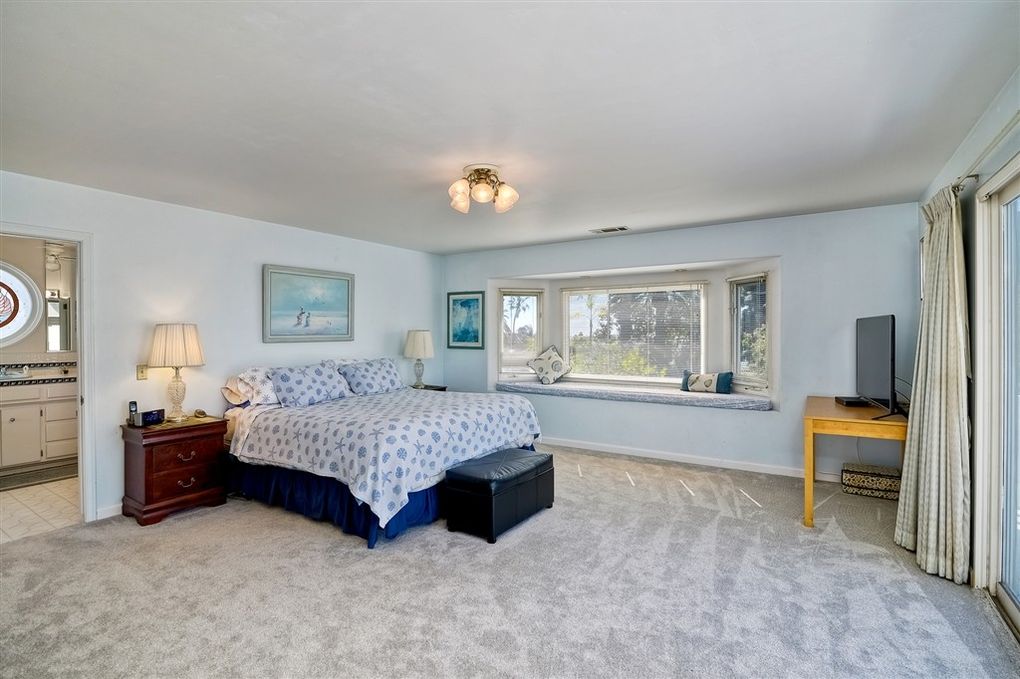 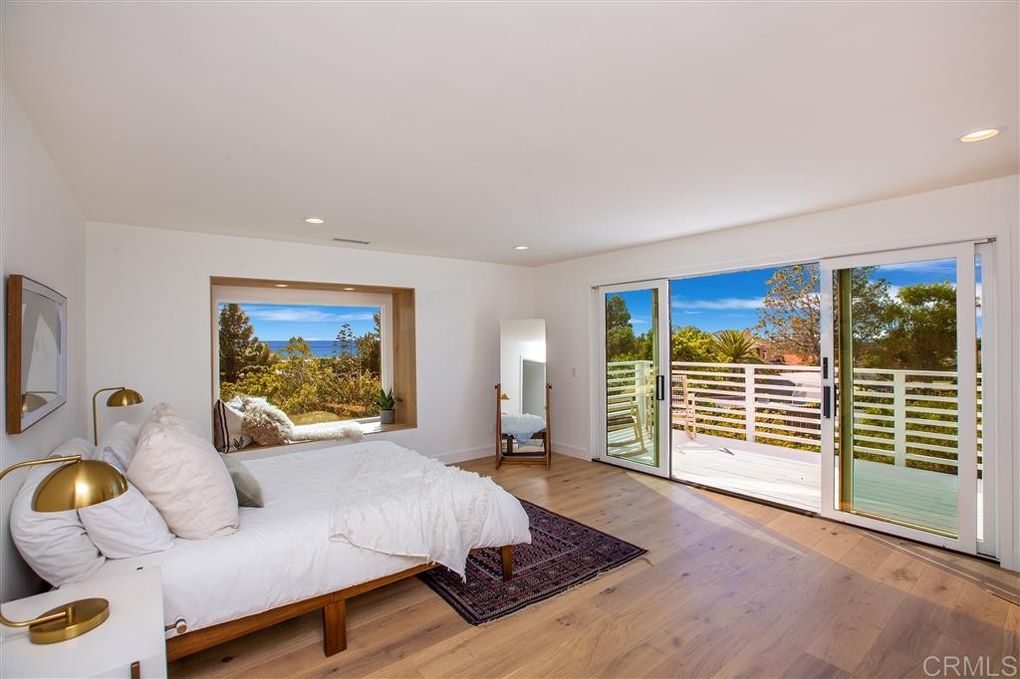 The changes in the bedroom were less drastic, but still a significant upgrade from the original.

“Clunky bay windows are a thing of the past,” says Street. “By trading this in for a double sliding-glass door to a balcony, it gives the homeowner the feeling that they are in their own private sanctuary.”

Street says that adding more natural light and changing to hardwood floor in a light tone “distracts from the low ceiling and allows the space to feel bigger and more like a retreat.”

That’s a big selling point (who wouldn’t want a bedroom that felt like a place to be pampered?), so it’s a smart choice when planning a flip.

Nicolaou agrees that making the bedroom feel like a retreat is a must in any flip project.

“A large, private balcony with a view will be a major selling point for potential buyers who are looking for a bedroom that can be a sanctuary away from their busy lives.” 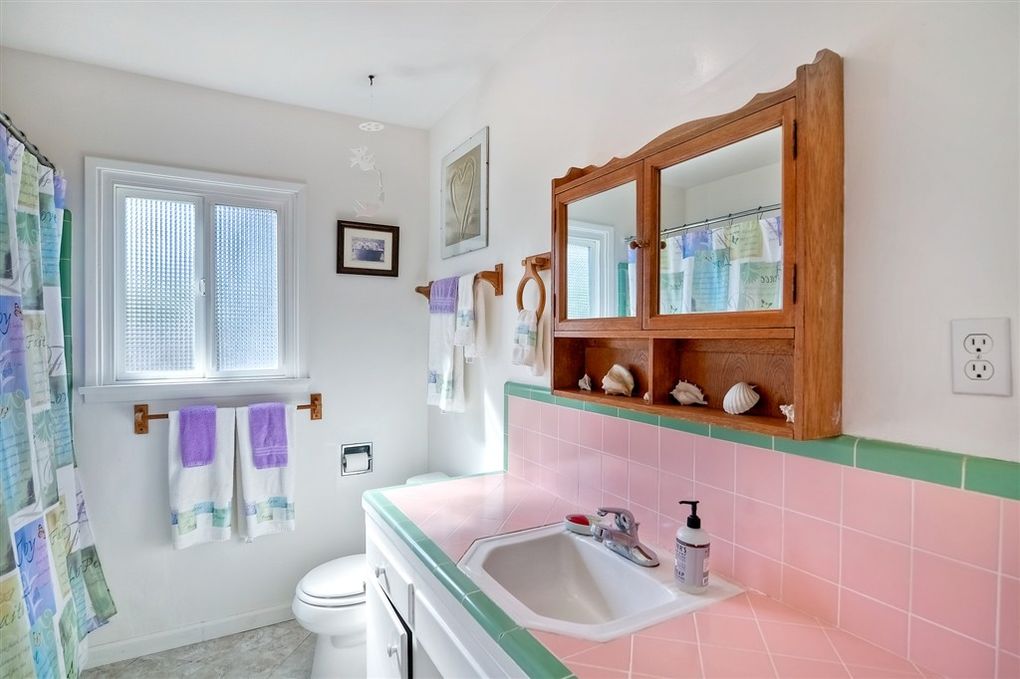 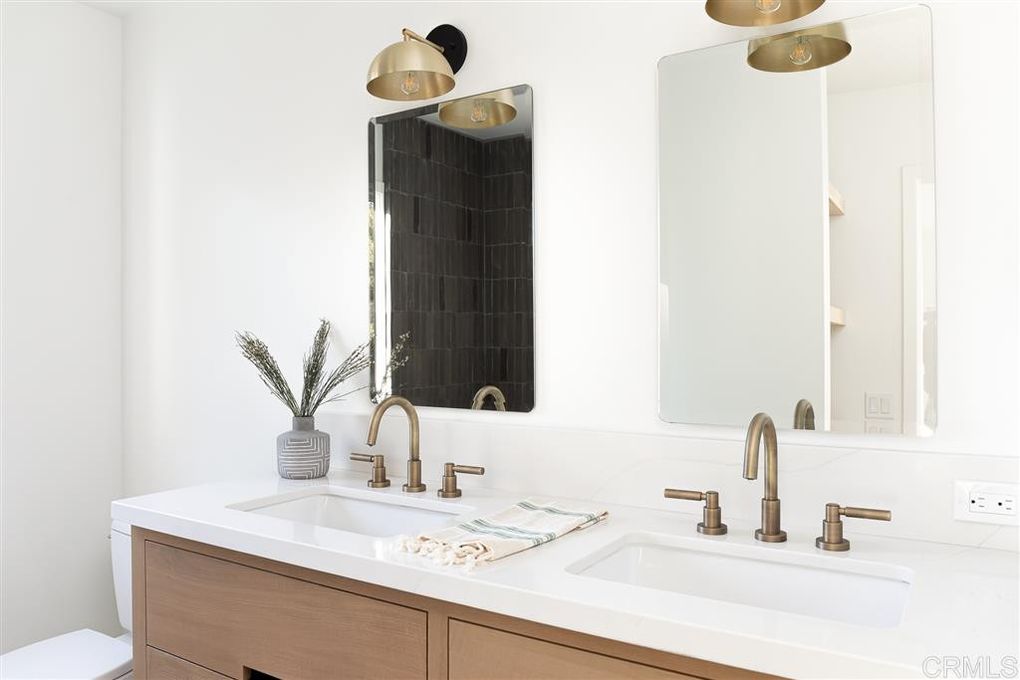 “Bravo to these flippers for using the existing footprint and creating a completely updated, contemporary look,” says Nicolaou of the bathroom transformation.

Keeping the same footprint means less plumbing work—which leaves more room in the budget for all the extras that buyers will want in this space.

“This remodel checks all the boxes for what buyers look for in an updated bathroom,” she says.

“The large mirrors and double sinks are a must for a lot of buyers, and the updated vanity offers needed storage, while keeping a clean, minimal look.”

Nicolaou adds that while the tiles in the old bathroom had a fun, vintage vibe, most potential buyers would only see them as a project. That’s the last thing you want your buyers to think about—especially if you expect to get top dollar for your listing. 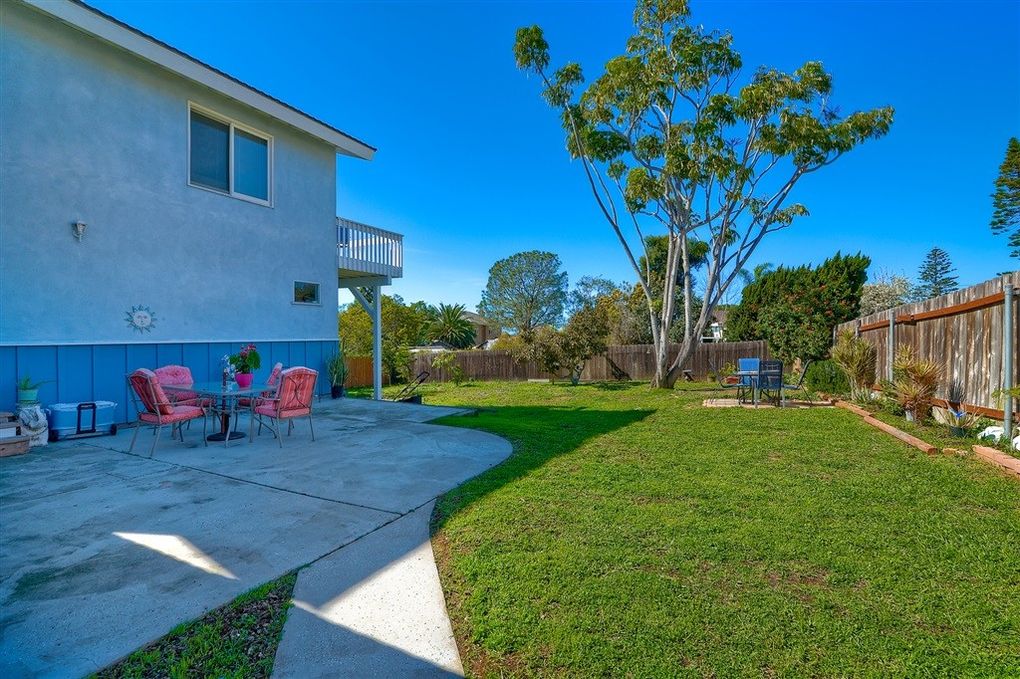 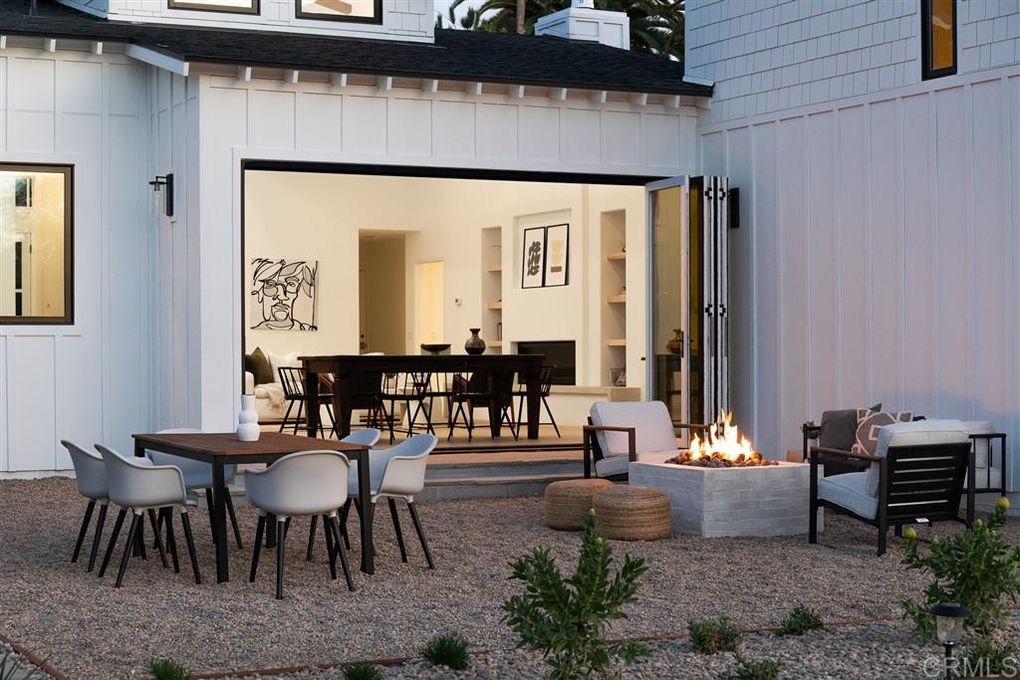 “The biggest goal when designing a home with a beautiful backyard is to try to create a seamless transition between the interior and exterior,” explains Street.

As you can see in the before and after photos, these flippers nailed it.

“Opening up the wall between the yard and the living space—and carrying the design aesthetic throughout—allows the home to feel bigger and brighter,” Street says.

Take it from this flip: You should never neglect the backyard.

“It has the potential to really help to sell the house, especially if it is made to feel like an extension of the living space,” Street says.

“Spaces like this help a buyer envision how they will enjoy their new home,” says Nicolaou.

“A buyer could easily see themselves hosting [post-pandemic] outdoor dinner parties in a space like this, or curling up with a glass of wine by the fire on a cool Southern California night.”

The post What the Flip? From Beach Bummer to Modern Marvel, This Home Remodel Is the Stuff of Dreams appeared first on Real Estate News & Insights | realtor.com®.

Mon Oct 26 , 2020
Watch out, HGTV: Netflix now has a slew of hit home design shows, and the latest features a cute couple in Utah who, much like Chip and Joanna Gaines, are rapidly building a home design empire. “Dream Home Makeover” follows Shea McGee and her husband, Syd McGee, as they juggle […]