The bigger, the better. TSLA (TSLA stock price) won a contract for manufacturing a new battery system in Australia which happens to be larger than the first one.  The project is called ‘Big Tesla Battery’. Initially, the project was to start with the capacity of 100 MW / 129 MW […]

The bigger, the better. TSLA (TSLA stock price) won a contract for manufacturing a new battery system in Australia which happens to be larger than the first one.  The project is called ‘Big Tesla Battery’. Initially, the project was to start with the capacity of 100 MW / 129 MW power packs but now Tesla has expanded the capacity to 150 MW / 193.5 MW at the site. It is called ‘Big Tesla Battery’.

The ‘Big Tesla Battery’ project is bound to provide zero-emission, gas peaker plant, cheaper and quicker system through its battery system. Though the project is yet to be installed while creating an estimate, it was found to save $ 40 million in Australia just within a year of working. Now the Tesla Company is trying to duplicate the same amount of success on an even wider scale in Victoria.

Turning the plan of installing new batteries in Victoria, Tesla has collaborated with Neoen, a French renewable energy company for creating energy equal to 300 MW / 450 MWh. The Victorian battery system is twice as big as the one installed in Australia. Neoen is going to purchase this battery system from Tesla and start operating it. Since the project is done on a larger scale, a financial system to support it is required, this is when the Australian Energy Market Operator steps in. A contract of $ 84 million is signed by the energy market for Neoen.

The official verdict goes by: “Under the contract, AEMO will reserve 250 megawatts (MW) from Neoen’s 300 MW battery to operate in a control scheme to increase the capability of the Victoria to New South Wales Interconnector (VNI) and respond to unexpected network outages in Victoria from November 2021. AEMO’s competitive procurement and evaluation process attracted significant interest and a positive outcome for Victorians. Neoen’s solution, developed with Tesla and AusNet Services, on a unit cost basis, was a significantly more cost-competitive and attractive market response than other major battery developments in Australia.”

The fit and finely working model of Big Tesla Battery is going to start from 2021 with Neoen using Tesla’s megapacks to its fullest extent. The new big Tesla battery is optimised safely for interconnecting flows and dispatch next level storage within Victoria to keep the system secure and organised. Australian Energy Market Operator to confirm the above news.

There have been a lot of high implementations at Tesla for better working products which are not only high tech but also conserve energy. This combination of technology and sustainability is going to change the automobile industry. If you want to buy tesla stock, you need check its cash flow at https://www.webull.com/cash-flow/nasdaq-tsla.

Fri Nov 13 , 2020
After spending nearly $2,000 in gifts for her daughter’s first Christmas in 2017, Meg Nordmann knew her holiday strategy had to change. “I totally blew it that first Christmas with her,” says the author of “Have Yourself a Minimalist Christmas.” “I bought everything this child needed through the first five […] 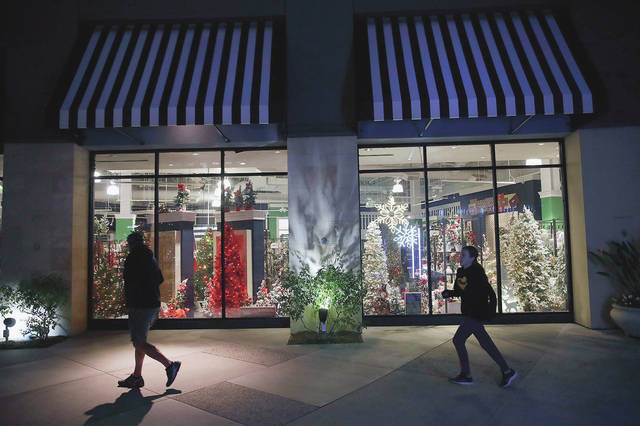