© Provided by The Indian Express “Last year, around this time, she was decorating the house with rangoli (ahead of Diwali) for pooja. There’s no one to do that this time. We are trying to go back to the fields and resume work. But it is difficult to work, now […]


© Provided by The Indian Express


“Last year, around this time, she was decorating the house with rangoli (ahead of Diwali) for pooja. There’s no one to do that this time. We are trying to go back to the fields and resume work. But it is difficult to work, now that she’s not here…we miss her every day,” said the mother, exactly a month after her 19-year-old daughter, who was allegedly raped and assaulted by four upper-caste men in Hathras on September 14, died at Delhi’s Safdarjung Hospital on September 29.

Admitted to AMU hospital for two weeks, she had regained consciousness after a week of the incident and recorded her statement, saying she had been raped.

A month after on, UP Police has stepped up the security outside the family’s home. Police sources said more than 50 police personnel guard the house, and CRPF personnel will soon join the local police. The family had earlier requested for police protection after a few Thakur families staged protests outside the village.

The family was promised compensation of Rs 25 lakh, a new house, and a job for a member. They said the full amount has not been transferred to their bank account yet. “The house and a job are yet to be given,” the victim’s brother said.

Sitting on a cot at home with her mother-in-law, and talking about the upcoming festivals, the victim’s sister-in-law said, “She would collect fodder, leaves and flowers for the chokhi. She decorated the pooja room last year for Diwali. My daughters keep asking about her. We don’t know what to tell them…”

Her father left with his two sons to collect fodder for the animals. The family said this is their second day on the fields after weeks.

“We stopped all work after the incident,” the elder brother said. “Now we are trying to sell milk at a dairy shop in the village. We had hired a person to collect fodder for the cows and buffaloes, but that was expensive. It’s best to resume work…we need money.”

They said local residents don’t interact with them. Whenever someone from the family steps outside the house, two or three police personnel accompany them, they said. While the family has adjusted with the police presence, they feel no one in the village is supporting them.

“We have lived here for decades but have never felt this lonely. Nobody talks to us,” the victim’s mother said. “Maybe it’s because of the police, or maybe they support the accused. We don’t want to leave the village but it is difficult to live here when nobody talks to you…. We are scared that as soon as the police leave, someone will attack us. The protesters raised slogans against us; they might do something later.”

Talking about the CBI investigation, the family said the officials have questioned them, questioned families of the accused, and are now talking to villagers. The forensic team has collected samples from the spot and clothes from the houses of the victim and the accused, they said.

“It’s been more than a fortnight and CBI officials have met both parties. We don’t want a heavy police presence here,” Govind (31), who owns a shop outside the village, said. “We don’t go to the shops and the temple because their (police) tents are there. It’s difficult to work because they come to the field as well. We are tired of police barricading and the crowd.”

A woman who lives near the victim’s house said, “The accused deserve a fair trial. I don’t mind the police presence but I also want to know the truth. It’s been a month, and we are still in shock. Our children ask us about the rape but we don’t know what to tell them.”

Mon Nov 2 , 2020
Nissan marks the completion of a year since the global launch of the 2020 Nissan Patrol with the introduction of a new body colour for audiences across the region. Fans of the iconic SUV can now purchase the 2021 Nissan Patrol in a new ‘Nuance Beige’ colour, while enjoying its […] 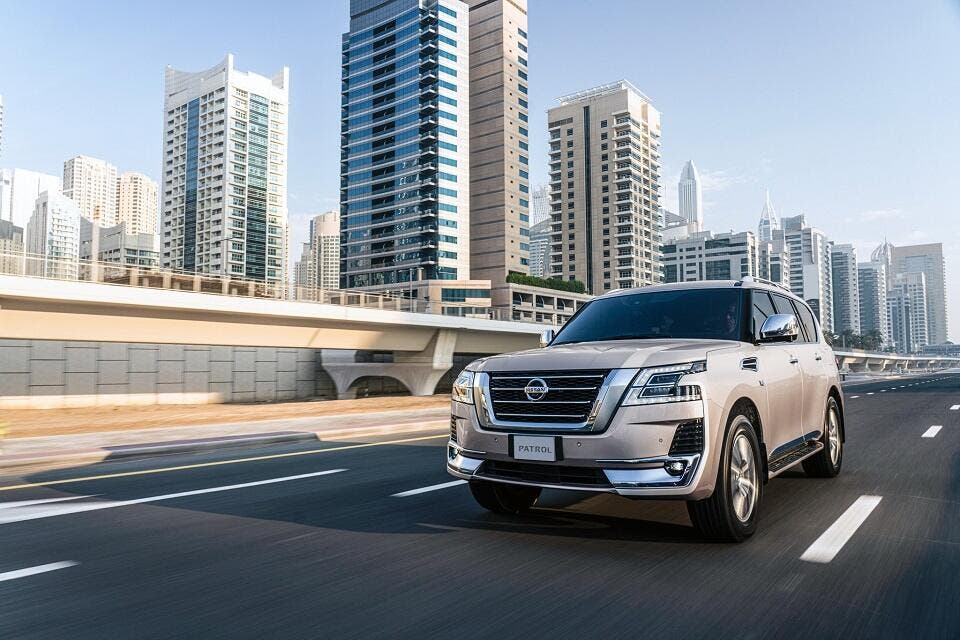