Chip and Joanna Gaines may be famed for popularizing the modern farmhouse look, but it appears that Christina Anstead and Tarek El Moussa have copped a similar style on the latest “Flip or Flop.” And we dare say it’s better than the original! In the Season 10 episode “Cut and […]

Chip and Joanna Gaines may be famed for popularizing the modern farmhouse look, but it appears that Christina Anstead and Tarek El Moussa have copped a similar style on the latest “Flip or Flop.” And we dare say it’s better than the original!

In the Season 10 episode “Cut and Run,” Anstead and El Moussa have bought a home in Laguna Hills, CA, for the low price of $625,000. The only problem is that this home looks just like every other house on the block.

These flippers want to make this home stand out, so they go with a black and white, modern farmhouse look. Read on to find out how they pull off this edgy twist on a popular style, which might inspire a few changes around your own abode, too.

When El Moussa and Anstead first see their latest flip, they’re not impressed. This tract home looks just like every other house on the block, so they’re worried their flip won’t stand out to buyers.

Luckily, they spot a house down the street that’s white with black trim, and they hope the homeowners association will let them update their house with a similar look.

“Young buyers would love it,” Anstead says of the black and white style, “and it would stand out.”

They get the OK from the HOA and end up painting the house just like the neighbor’s: a clean white exterior with black accents. With just a little bit of paint, this house goes from being just another tract home to a house with standout style.

“It looks so much better,” Anstead says. “Like, we definitely did the best that we could here. It looks cute.”

Use white subway tile for a cheap fireplace fix

During renovation, El Moussa says he wants to save money by keeping the fireplace and painting it white. However, Anstead insists on replacing it. She points out that the fireplace is the first thing people will see when they walk in the house, and the dated look might ruin the home’s aesthetic.

So they agree to replace the fireplace, albeit in an inexpensive way.

Anstead comes up with the idea to use simple white subway tile for the facade and then dress it up with stylish reclaimed wood for the mantel. The new fireplace is inexpensive, but it looks sleek, especially against a black wall.

When the house is finished, Anstead loves the new fireplace’s updated style. The subway tile looks modern and brings some farmhouse vibes to the space.

Use white counters with black veining

In the kitchen, El Moussa and Anstead want to continue the home’s black and white theme by installing a modern black backsplash and white cabinets.

While a white countertop would have been fine with the design, Anstead and El Moussa decide to pick something a little riskier. They choose a white quartz marble with black veining—a style they’ve never used before.

In the end, this style risk pays off and the kitchen looks great. Both Anstead and El Moussa love the color scheme, and they agree that the counter was a good choice.

“I love this marble,” Anstead says.

El Moussa and Anstead know there are a lot of problems with this house, but this home does have one big advantage: the bathroom sizes.

Both bathrooms are huge, with a tub, shower, and lots of room for storage. However, El Moussa and Anstead know that buyers would appreciate a powder room for guests, so they borrow some space from one of the bathrooms to make a small half-bath.

With one bathroom being cut almost in half, Anstead and El Moussa want to make up for it by giving the restrooms a unique style.

In the spirit of modern farmhouse, the two decide on glass shower walls with metalwork that give the place a more rustic feel.

Anstead points out that it’s one of the first times they’ve used these shower walls, but the style looks great.

“I love the glass doors we did here,” El Moussa says when he sees the finished bathrooms.

Is this a flip or flop?

Anstead and El Moussa had bought this home for $625,000, thinking they’ll need to spend only about $110,000 on renovations. However, this black and white farmhouse ends up being expensive, and the flippers end up spending $170,000 fixing it up.

It seems buyers love El Moussa and Anstead’s new design, because they get seven offers, which starts a bidding war. These two end up accepting an offer for $1,013,000, which means they net a profit of $183,000.

It looks like Anstead and El Moussa’s new twist on the modern farmhouse is a winner! 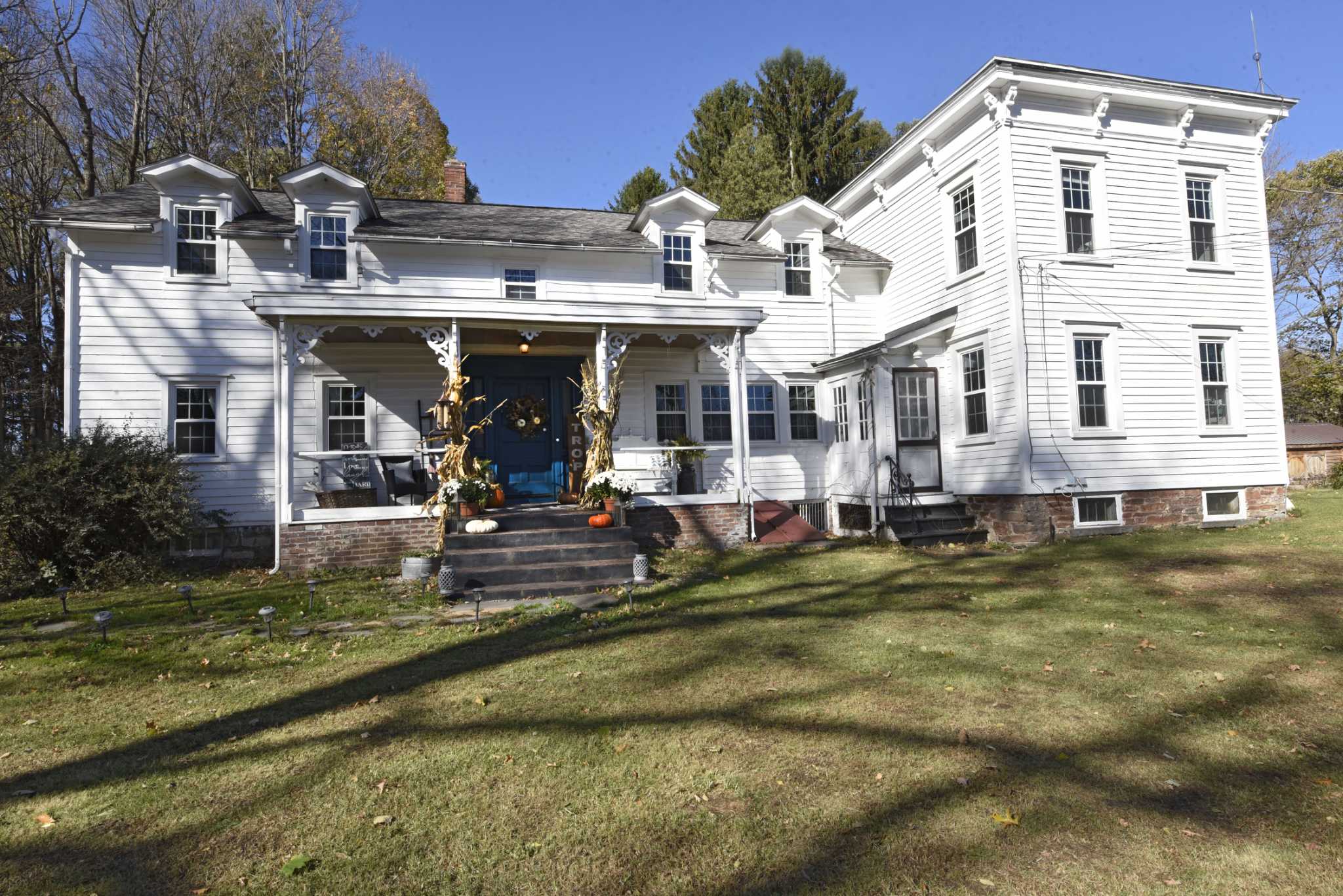