Photo: Zillow Digs home in Bellevue, WA Recessed living areas known as sunken living rooms—and their cozier cousins, conversation pits—spread like wildfire during the 1960s, appearing in newly built houses across the nation. For nearly 20 years, they were the grooviest way to entertain guests or just kick back with […] 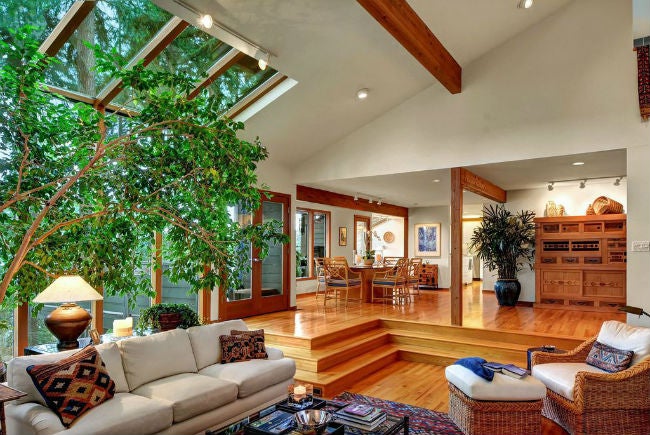 Recessed living areas known as sunken living rooms—and their cozier cousins, conversation pits—spread like wildfire during the 1960s, appearing in newly built houses across the nation. For nearly 20 years, they were the grooviest way to entertain guests or just kick back with the family. They abruptly fell out of fashion, with some homeowners even remodeling to remove them, but with so many homes built during that period featuring a sunken space, you’re still likely to see this fun and funky element on open house tours.

Step-down living room design can be traced to a visionary architect named Bruce Goff, who incorporated the feature in a home he designed for one of his instructors in 1927. The idea didn’t catch on nationally, however, until it appeared on the set of The Dick Van Dyke Show in the early 60s, and then—seemingly overnight—the trend caught on and home builders began incorporating it on a widespread basis.

Whether you have a sunken living room that you’d like to update or you love this architectural anomaly enough to integrate it into a new home design, keep reading. We’ll share the ins and outs of this fascinating design component and explain how you can get the look—or get rid of it.

Requiring a recession in the floor, sunken living rooms and conversation pits (a lowered section of a room, with seating) are best-suited to homes with concrete slab or crawl space foundations. Because the recessed area of the floor would reduce headroom in a basement, rendering it useless for general living purposes, sunken spaces are rarely found in homes with basements. During construction, the builder alters the foundation to form a recessed shape in the concrete slab to serve as the basis for the sunken area. Alternately, the recession will be framed from dimensional lumber if the house sits on a crawl space foundation.

The sunken area can be virtually any shape or size, and the depth typically ranges from a few inches to a few feet or more (with multiple steps), depending on the client’s wishes.

In the ’60s and ’70s, the conversation pit was often carpeted—with shag, baby!—continuously along the main floor level, down the sides of the pit, and then along the pit floor, which visually tied the recessed area into the rest of the room.

Today’s sunken living rooms and conversation pits (yes, they’re still constructed) can be incorporated into virtually any design theme, from contemporary to country to classic. 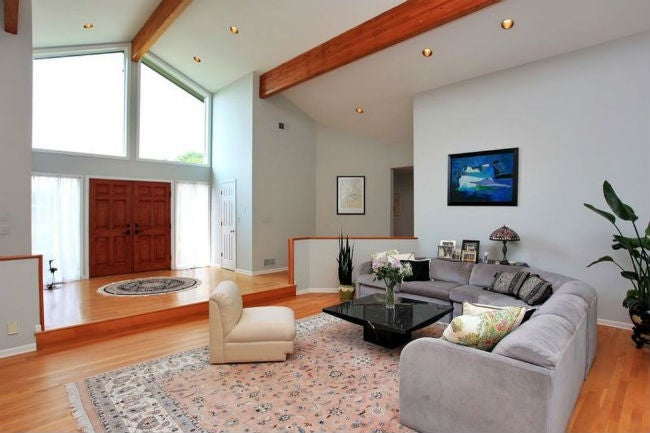 THE GOOD, THE BAD, AND THE UGLY

Step-down design defines separate living spaces without the need to erect walls, so sunken living rooms and conversation pits work well in large open areas, such as great rooms. They offer some positive design benefits but come with a few drawbacks as well. 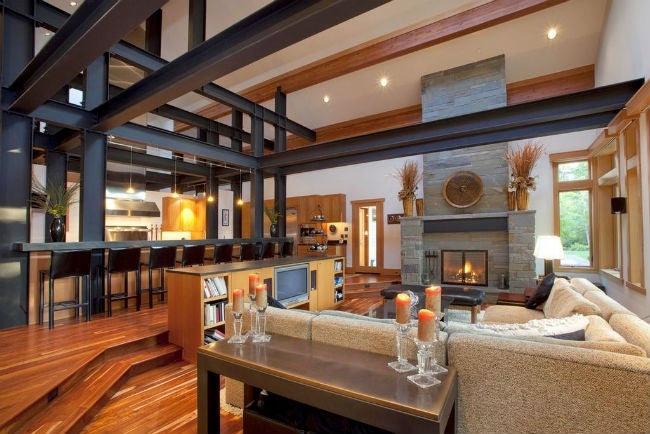 If you love the look of sunken living rooms, the best way to get it is to buy an existing house that already has one or include it during the construction of a new house. Remodeling to include this recessed feature usually isn’t practical, due to the need to alter the home’s weight-bearing structure.

The builder of your new home will make provisions to recess the floor area during the construction of the foundation. Depending on the size and configuration, a sunken living room could add 10 to 20 percent to the combined costs of building the foundation and finishing out the living space, due to the additional labor in forming the recession plus the cost of custom furniture to fit the area.

If you hope to incorporate a sunken living room or conversation pit into a new house, you’ll most likely have to install railings on the steps and perhaps safety railing along the top edge as well, depending on local building codes. If you purchase an existing home with a sunken living room, railings won’t be required, but they’re not a bad idea if small children or the elderly are often in your home. 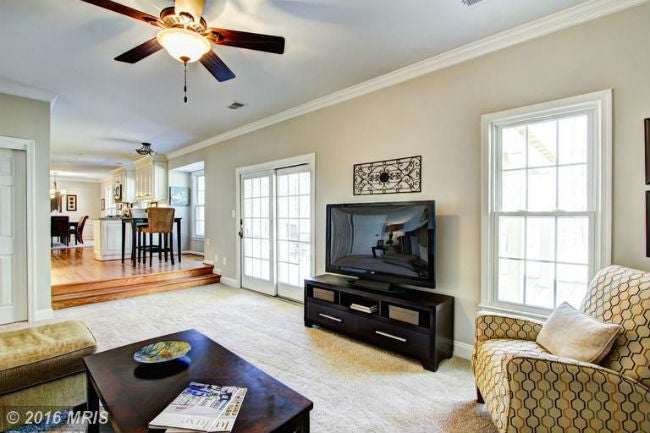 One homeowner’s “vintage!” is another’s “dated!” Fortunately, older homes with sunken living rooms can be updated by bringing the recessed floor area up to the level of the rest of the floor.

RELATED: 11 Things That Make Any House Feel Old and Outdated

If the recessed area is less than six inches deep, and it was originally formed with concrete, there’s a chance it can simply be filled with additional. Because it’s a part of your home’s structure, however, you’ll need to consult a structural engineer to ensure that the new concrete won’t add too much weight to the existing foundation. Sunken areas more than six inches deep can be brought up to level by framing a new floor from dimensional lumber within the sunken area. Once the new flooring is installed, no one will know the room once hosted a conversation pit.

Having a sunken living room brought up to floor level can range in price from $5,000 to $25,000 or more, depending on the size of the area and the remodeling method. If other architectural features are involved, such as a fireplace located in the sunken area, removing or altering them will add to the cost of the project.

Sat Apr 11 , 2020
Situated centrally in what is arguably the nations prime district for interior design, the 110 year-old Interior Design Building is home to some of the most celebrated interior design and antique merchants in the country. The seven floor property is located on the affluent Upper East Side of Manhattan, and […]