Foundation problems are pretty common in older areas, like in San Francisco, especially in older homes closer to the bay.  San Francisco is a city with a high water level table, meaning many areas experience chronic problems in their basements due to ground water swelling up underneath the foundation. The […] 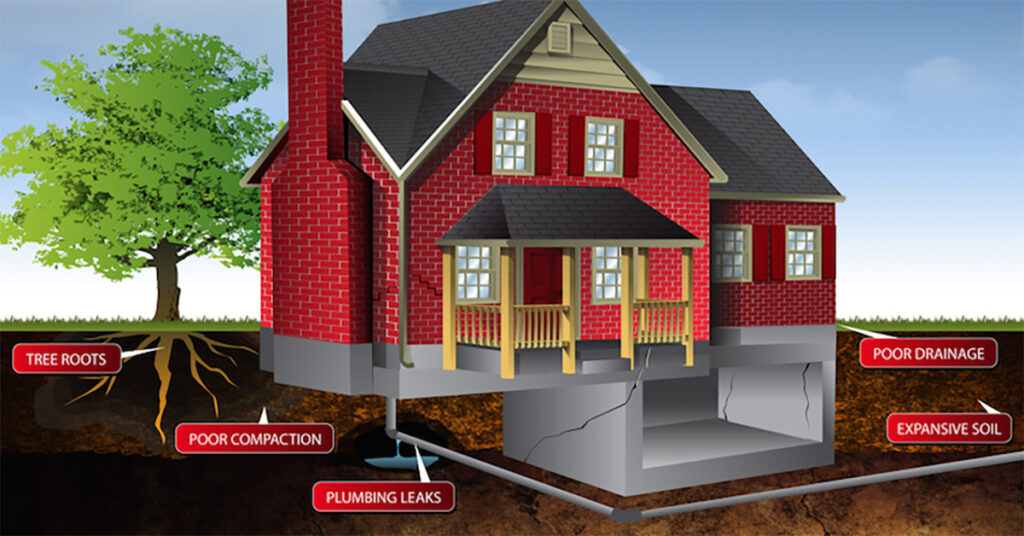 Foundation problems are pretty common in older areas, like in San Francisco, especially in older homes closer to the bay.  San Francisco is a city with a high water level table, meaning many areas experience chronic problems in their basements due to ground water swelling up underneath the foundation.

The earth’s not static beneath your home’s foundations. In fact, it’s a dynamic living thing that reacts to moisture welling up, or coming down as rain. As it absorbs water, it expands, and as it dries out again, it contracts. This translates to your foundation moving up and down during the change of seasons.

While concrete foundations are reinforced and seldom fracture, the brick, mortar and concrete structures standing on them are only hardened to the extent the builders considered necessary.  Fortunately, they give off early warning signals like cracking and splitting when underlying problems start to develop. Depending on the severity of the cause, you could try to fix it yourself, or ignore it at your peril.

Where there’s sudden, catastrophic erosion after a severe flood, the problem may display as a seriously tilting house that could finally collapse. Where the problem is chronic due to fundamental soil conditions, the indications are likely to be more subtle and could include the following:

Subsiding foundations and cracking walls are not a job the average homeowner should tackle themselves. The work is highly technical, especially because it’s seldom possible to inspect the root cause of the problem without an experienced foundation contractor employing special detention tools. Moreover, exposing foundations is hard work that requires specialized equipment.

Arrange to have your home inspected by a registered, competent structural foundation contractor. Get a few opinions to be sure you’re going with the right solution as foundation repairs are usually a fairly big job. Sometimes, your problem turns out minor and you can just learn to live with it. At other times, a trained expert can provide a detailed specification of what needs to be done (and inspect the job as it goes along too).

We had no idea we had cracks in our foundation until our home remodeling contractor here in Mountain VIew pointed it out during a renovation project and brought in foundation specialists to confirm it.

Again, remedial foundation work is hardly the job for the average contractor (or worse still the local handyman). You need to find someone who can repair the underlying problems, fix the consequences like cracked walls, get rid of damp problems and ensuing mold, and finally, provide an effective guarantee against a return of the problem.  If you’re in Toronto, you’ve probably seen stories like this one where inexperienced and low priced contractors were hired to do a complex job, resulting in dangerous and expensive results.

Mon Apr 25 , 2022
A hard surface floor, such as hardwood, laminate, or tile, often benefits from the addition of an area rug. It can even be installed over the carpet. There are many reasons why area rugs are so popular, but some people are unsure whether they should cover up their beautiful floors […]