If you favor clean lines and a simple, uncluttered geometric design in a quiet setting with comfort, abundant amenities, and plenty of space for entertaining and hobbies, this stunning contemporary home near Lexington is one to consider. The 4,400-square-foot home is located at 3540 Salisbury Drive in the popular Westmorland […]

If you favor clean lines and a simple, uncluttered geometric design in a quiet setting with comfort, abundant amenities, and plenty of space for entertaining and hobbies, this stunning contemporary home near Lexington is one to consider.

The 4,400-square-foot home is located at 3540 Salisbury Drive in the popular Westmorland neighborhood just off Nicholasville Road a few miles west of Lexington. Owners Stephen and Annie Chesnut bought it a little more than two years ago, charmed by Westmorland’s peaceful, country like atmosphere, the home’s distinctive modern styling, and the ample space it offered for their hobbies.

Annie loves sewing, and Stephen is an enthusiastic woodworker. So, the home’s first-floor library — it has floor-to-ceiling bookshelves — became the new studio for Annie’s sewing projects. Stephen took over the basement’s large workshop area for making his wood creations.

“It’s very comfortable,” Annie says. “Every room in this house is very livable and useable.”

Adds Stephen, “We were really drawn to the style of the home, and it had the extra room that really suited our hobby needs.”

Sitting on a 1-acre lot, the house boasts three bedrooms and three baths; vaulted ceilings; an attached ground-level garage with room for two cars; plus a one-vehicle auxiliary garage in the large walk-out basement.

Other features include an open floor plan; newly redone kitchen with island; two great rooms, one with a gas-log fireplace; home office-crafts room; large deck out back; and lots of basement storage space.

The home’s facade is distinctive. Six clerestory windows stretch across the front, following the roofline and creating a strong horizontal feel. Just below them, five front windows and the main entrance door provide a vertical contrast. All those windows — some of them 6 feet tall — plus solar tubes in some area, also ensure plenty of sunlight in the house.

Stephen and Annie are only the third owners of the steel-frame home, which was custom-built by Back Construction in 1999. However, the house needed work when they acquired it.

“Not a lot of attention had been paid to it for some years,” Stephen explained. “Things had kind of grown up and hidden the front of the house. So we did quite a lot of work inside and out.”

That included new professional landscaping, new roof and guttering, and reconfiguring the rear deck with new steps down to the back yard.

Inside, eliminating a wall opened up the family room to the kitchen, which got new stainless-steel appliances, a new island and new quartz countertops. Existing kitchen cabinets were retained, but reconfigured with a new teal paint job.

Old carpeting was replaced with new hardwood flooring on the main level, while luxury vinyl flooring was installed in the basement. Both first-floor bathrooms were redone (the third bathroom is in the basement) and the master bath was enlarged by removing another wall. The master bath has a walk-in shower, the other two have tub-shower enclosures.

All the work has added new appeal to an already attractive home.

“I guess it comes back to style for me,” Annie said. “We had lived in several homes, most of them traditional, although we had a log home at one time. But this house just appealed to us. I’ve really enjoyed searching for mid-century furniture for it. It was like a treasure hunt for me, and we’ve been lucky to find some really nice pieces.”

Says Stephen, “We really liked the neighborhood and the style of the home. Also it was not very old, so we knew we wouldn’t be looking at wiring or plumbing issues.”

Situated between Lexington and the city of Versailles, the Westmorland community is known for its contemporary and mid-century modern homes, as well as its large, more traditional houses. It’s also conveniently located.

The iconic Keeneland Race Course — where the 2020 Breeders Cup World Championships were held earlier this month — is just down the road, as is the famous Lexington Castle, which houses a boutique hotel, spa and events center. Blue Grass Airport is only minutes away, and access to the Bluegrass Parkway and Interstates 64 and 75 is quick and easy.

“The neighborhood is very comfortable and quiet,” Stephen said. “You don’t see lots of cars running up and down the streets. But you do see lots of people out walking, jogging or biking. There are no property line fences out here, so yards naturally flow into each other. There are lots of mature trees. The houses all sit on at least one-acre lots, so there’s a real feeling of space.”

Adds Annie, “It’s not a cookie-cutter neighborhood; there are many different home designs. Everyone is very friendly. And we love eating at the Keeneland track kitchen. It’s really a hidden treasure.”

Exiting the subdivision onto Nicholasville Road can be tricky if you’re turning left toward Lexington, but Stephen says that’s really only in the late afternoon or early evening when traffic is heavy.

“With the traffic signals at Keeneland and Man o’ War Boulevard, there is enough traffic stoppage that getting out really isn’t an issue. Lexington is just 10 minutes away, and it’s five minutes to Versailles.”

Entertaining in this home is easy, Annie says. “The dining area seats eight comfortably, and would easily accommodate more because it extends the full width of the house and is very open.”

The ground-floor family room is particularly cozy because of the unusual three-sided fireplace, which separates it from the adjacent kitchen-dining area, she says. Family dinners and get-togethers are regular events at this house.

“We can all be together in one big, open space, which is really nice,” she said.

Before buying the home, Stephen and Annie lived in Lexington’s compact Chevy Chase neighborhood, where walking to restaurants, bars, stores and other venues was easy. Now, they increasingly miss that kind of convenience, which prompted their recent decision to put the Westmorland home on the market.

“We plan to move back toward Lexington,” Stephen said. “We’d be closer to my family there. We’re still interested in our hobbies, but 4,400 square feet really is more than we need. We could be just as comfortable in a smaller space.”

“There are features in this house that we will miss,” Annie says. “I don’t know if we will find another home that suits our hobbies this well. But we will make it work.”

Home Tour: A Minimalist House That Showcases A Colourful Collection of Kaws Figurines

Fri Nov 27 , 2020
The living room is styled with the Pop Art Broadway fine art print by Sven Pfrommer from Living with Art By Hong Xinying November 19, 2020 A family’s vibrant collection of fashion collectibles, as well as Bearbrick and Kaws figurines, liven up their understated and monochrome home Newsletters Sign up […] 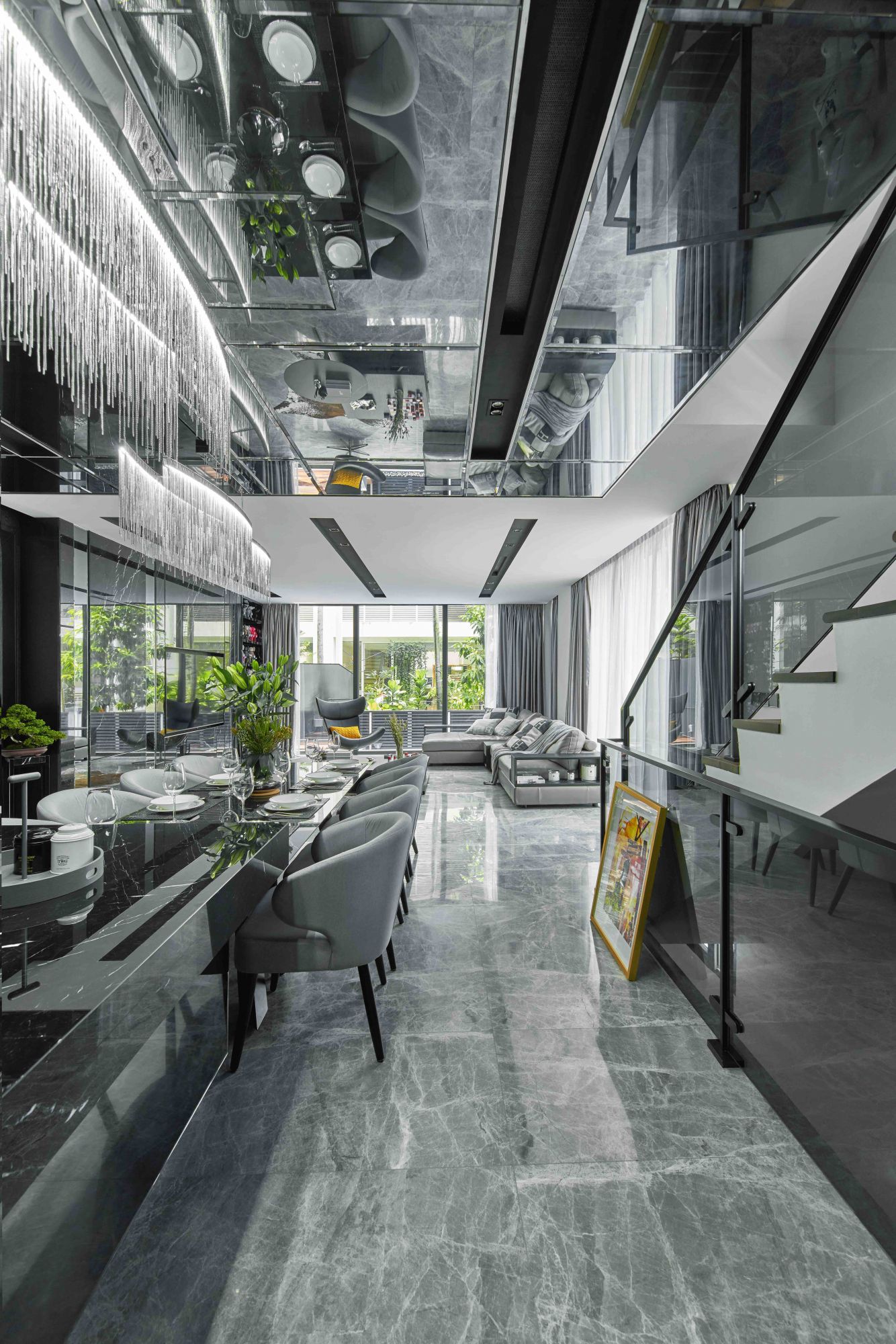