* Any views expressed in this opinion piece are those of the author and not of Thomson Reuters Foundation. Local frontline workers will come across modern slavery cases – they should know exactly what to do Dr Alicia Kidd is a Postdoctoral Researcher at the Wilberforce Institute at the University […]

* Any views expressed in this opinion piece are those of the author and not of Thomson Reuters Foundation.

Dr Alicia Kidd is a Postdoctoral Researcher at the Wilberforce Institute at the University of Hull and Vice-Chair of the Humber Modern Slavery Partnership.

Imagine a scenario: working in local services, for example in social care, safeguarding, housing, healthcare or the police, you receive a call concerning 14-year-old Jamie who has had a consistent history of behavioural problems within school.

Jamie’s aggressive and physically violent behaviour has resulted in school exclusions and there are rumours among students that he is a drug dealer. He went missing from both school and home on numerous occasions. When he comes home, his mother says that he is emotionally withdrawn and his clothes are filthy. He has recently returned home with approximately £100 in cash and a knife, which his mother threw away. There are indications that

Jamie is connected to at least two adult men that may be involved in drug dealing.

After being found with a quantity of Class A Drugs, a knife and a large amount of money in a small bag strapped to his waist inside his coat, Jamie has been arrested and charged with Possession with Intent to Supply class A drugs.

What do you do with this information? Who do you need to inform and what are your next steps? And crucially, what do you need to take into consideration to minimise any potential risks for Jamie and act in his best interest?

Frontline practitioners across the UK deal with these questions on a daily basis, yet there has never been a comprehensive training package developed specifically to help them deal with such cases together with other local agencies.

Media articles on modern slavery in the UK tend to focus heavily on labour exploitation, particularly in car washes and nail salons, however, the legal definition of modern slavery under the Modern Slavery Act 2015 is vast and extends far beyond this. It exists in a variety of forms from labour and criminal exploitation, to domestic servitude, sexual exploitation and organ harvesting.

Awareness of modern slavery and some of the forms it takes has grown in the UK over the past few years amongst the public and practitioners alike. Most practitioners will have at least a basic idea of what modern slavery is and how it manifests, but in order to provide an effective and time-sensitive response to those who need support, it is imperative that they are confident in translating that theory into practice.

No individual person or organisation can single-handedly provide the comprehensive approach required for an effective response to a situation of modern slavery, which means that partnership working is fundamental for achieving the most successful outcomes for those affected.

The types of modern slavery that exist, the understandings of what it is, and the responses to it vary through every region across the UK, so it’s important that each region has its own tailored response in order to reflect the needs and offers available in that area. It is crucial that effective responses are established ahead of time to ensure that those trapped and exploited in situations of modern slavery receive well-co-ordinated and efficient care, so that they feel confident in the abilities and intentions of those who hope to support them to rebuild their lives.

In order to encourage these conversations, the Wilberforce Institute at the University of Hull has led a project commissioned by the Modern Slavery and Human Rights Policy and Evidence Centre to develop a package of innovative workshops aimed at improving understanding and regional responses to modern slavery. Aimed at local partners and agencies, including statutory practitioners such as police, health professionals and social workers but also businesses, recruitment agencies and NGOs, each workshop is based on a simulated scenario, reflective of real-life situations, such as the one above.

These real-life situations might not look like cases of modern slavery at first, but they require local workers to scrutinise the information to identify what it could be indicative of, and work together to establish all the facts and protect adults and children from further harm.

We think that rather than relying on traditional awareness-raising presentations, local practitioners should instead work through such scenarios together and themselves develop mechanisms that recognise the capacity of all the players in their local areas. We also think that regional Modern Slavery Partnerships, already established local initiatives that bring together key partners from their regions, are best placed to take a lead on facilitating these localised responses.

The upcoming Anti-Slavery Day is a good opportunity to remember that everyone has a bigger role to play than we sometimes imagine to protect people from being trapped, controlled and exploited sometimes right under our noses.

It’s important that we come together to generate a joined-up approach to modern slavery so that we can provide the most effective wrap-around support to people like Jamie, because often all they need is a professional who can recognise the signs and look beyond the “troubled child” surface.

Wed Oct 28 , 2020
Humidifiers are mostly about practical things like relieving dry skin and congestion, but that doesn’t mean they have to look totally utilitarian, and these stylish humidifiers are proof. Not only do they add moisture to the air, but they add an aesthetic touch to to any room, thanks to unique […] 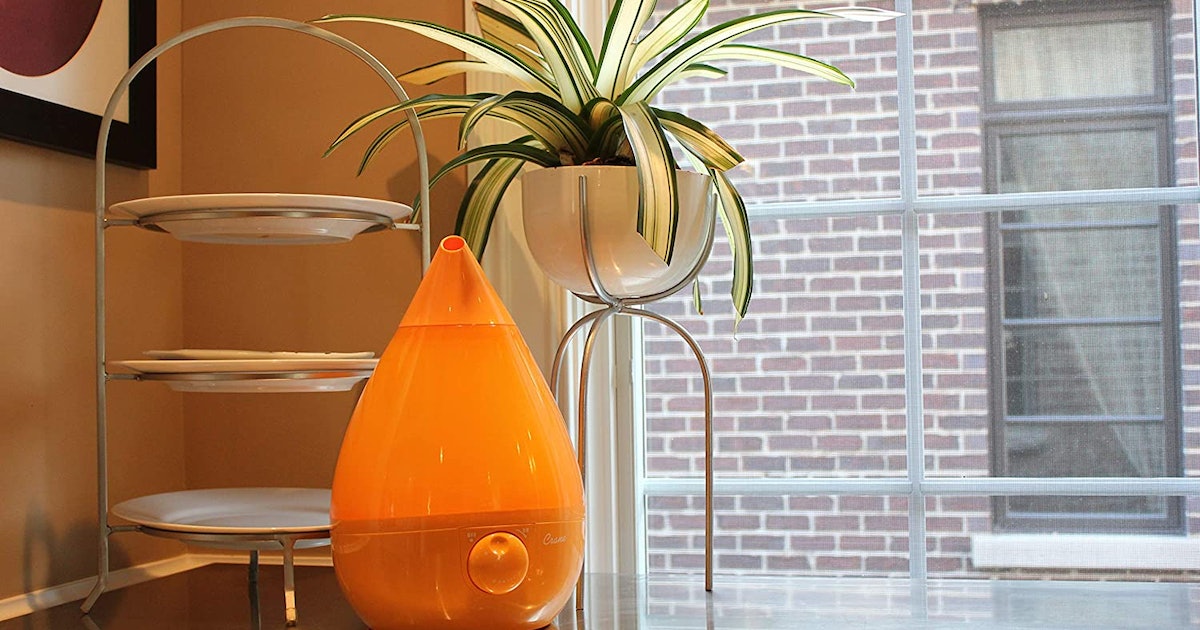