Names to Know in Federal Design and Decor  Monticello Thomas Jefferson (1743 – 1826) The third President of the young United States of America was passionate about classical architecture and ideals. He designed Monticello, his home, as well as The University of Virginia and the Virginia State Capitol to represent […]


Names to Know in Federal Design and Decor

The third President of the young United States of America was passionate about classical architecture and ideals. He designed Monticello, his home, as well as The University of Virginia and the Virginia State Capitol to represent both the look and philosophy of the ancient Greeks and Romans.

Robert Adam (1728 – 1792)
Adam was a Scottish architect whose revolutionary neoclassical style was extremely influential in England and America. It was the dominant style from the late 1700s through the mid-1800s in both countries.

was a Scottish-American furniture maker who emmigrated to the United States in 1784. His New York “manufactury” (shown below) lasted through the 1840s.

In later years he also made furnishings in the Late Greek (Napoleonic and Victorian Greek Revival), Rococo, and Gothic Revival styles.

Photo on right shows a Duncan Phyfe style lyre back chair upholstered in a fabric with a neoclassical wreath motif.  Similar fabrics are available at Restoration Fabrics & Trims.

Little is actually known about George Hepplewhite and there are no pieces of furniture made by him or his firm known to exist. Nonetheless, his name represents a distinctive style of light, elegant furniture that was fashionable between about 1775 and 1800 and is still made today.

Hallmarks of Hepplewhite style include slender, curvilinear yet simple shapes in a well-balanced form, usually with a distinctive shield-shaped back. Additional ornamention, if present, was by inlay or paint.

Although we know considerably more about Thomas Sheraton than of Hepplwhite, there is a similar lack of evidence that he ever made the furniture that bears his name.  He did apprentice to a cabinetmaker and, in 1790, moved to London where he taught perspective, architecture, and cabinet design. In 1791, Sheraton published the very successful Cabinet Maker’s and Upholsterer’s Drawing Book. He was a superb draughtsman and the four volume set was very influential and the Sheraton name became synonymous with much of the classically inspired furniture of the period. 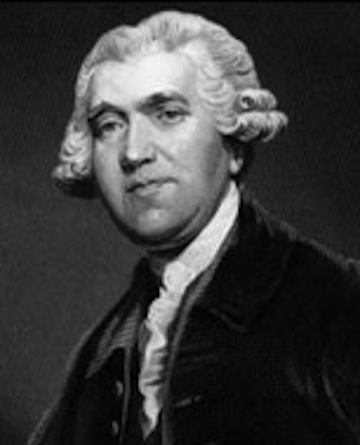 The English potter became famous for his cream figured bas-relief style black basalt and jasperware (blue and green) wares. He was related by marriage to the Darwins, a family of prominent abolitionists like his own. In fact, Josiah Wedgwood was the grandfather of both Charles Darwin (the evolutionist) and his wife, Emma. The Wedgwood fortune enabled Charles Darwin to pursue his scientific endeavors. We’ll have more about Josiah Wedgwood in our article on Neoclassical Decor, coming soon.

Coming next time in Part III

Mon May 4 , 2020
Interiors The right rug, in the right spot, can transform space – even making a room feel bigger than it is. Here, we share our tips for sizing and p… Architecture There is poetry in the way this contemporary coastal sanctuary by Planned Living Architects speaks to its blustery surrounds with […]