Brandt and Johnson nicknamed the farmhouse, built in 1883, Strohm House after its original owner/builder, Columbus Strohm. The Strohm family resided there until the 1940s. Johnson made the twin beds in the […] 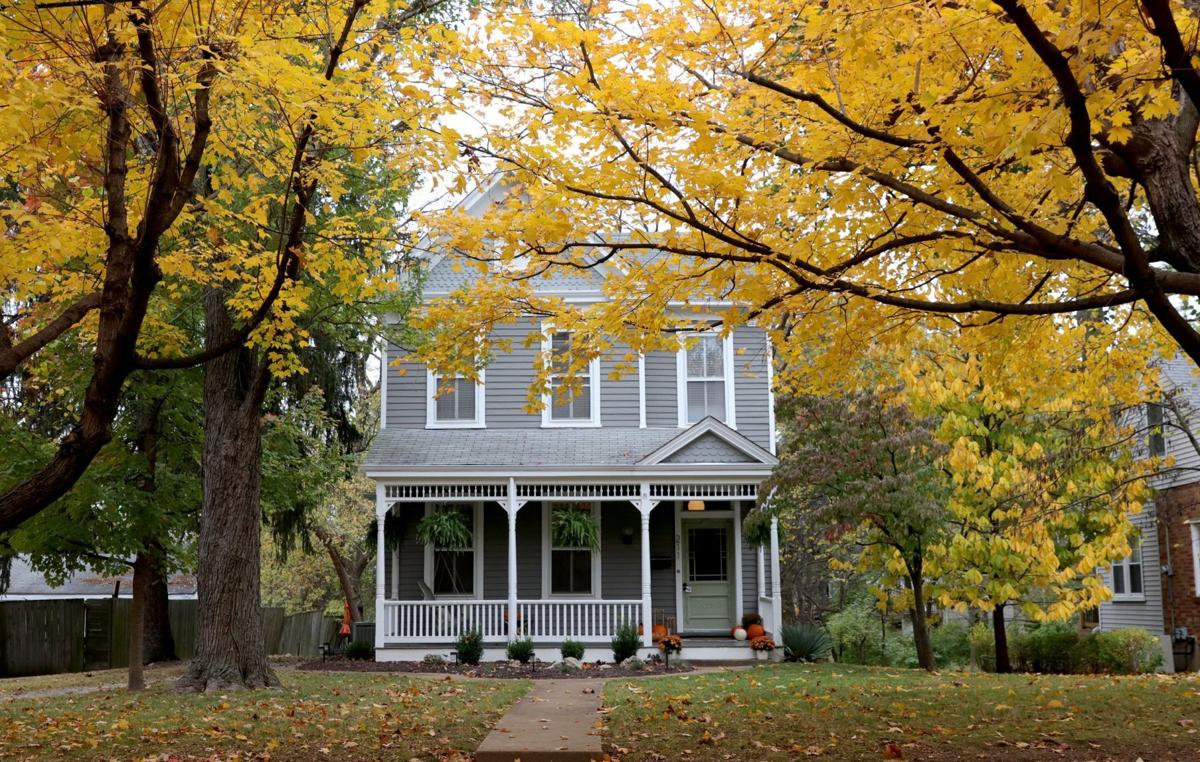 Brandt and Johnson nicknamed the farmhouse, built in 1883, Strohm House after its original owner/builder, Columbus Strohm. The Strohm family resided there until the 1940s. 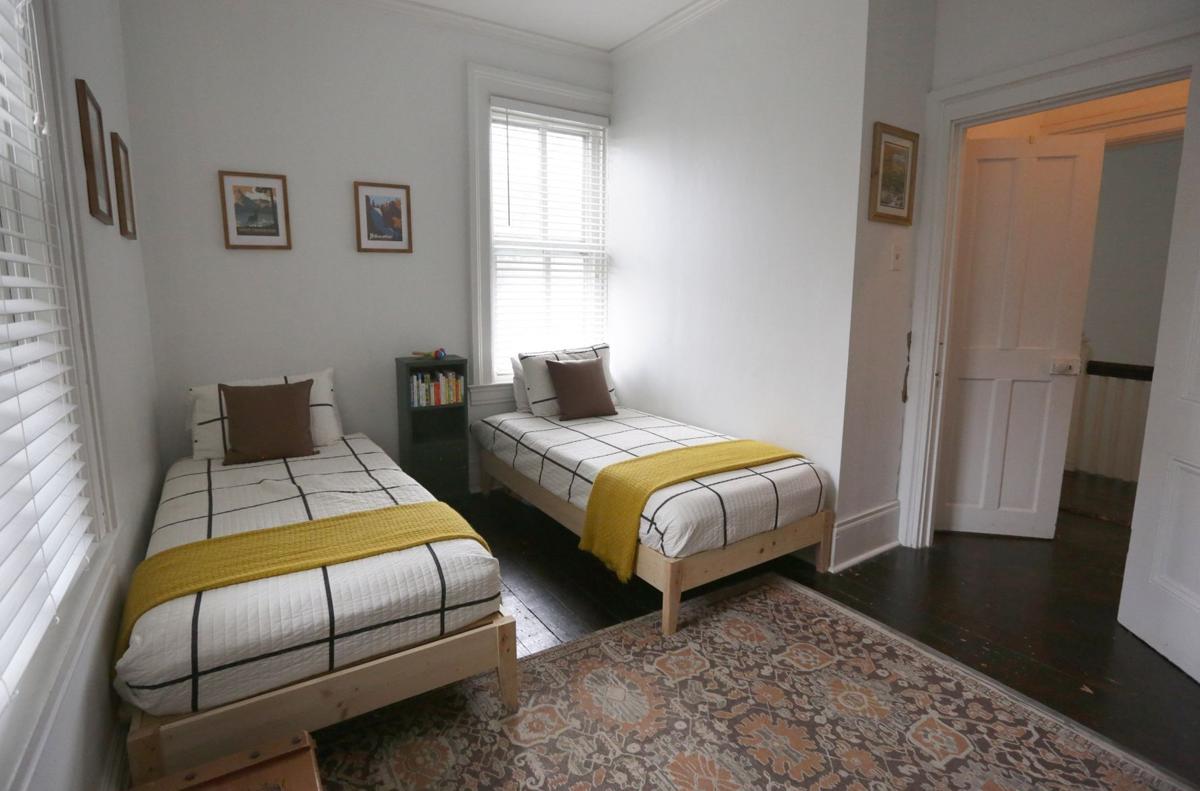 Johnson made the twin beds in the boys’ shared bedroom. Framed prints celebrating the National Parks hang on the walls. 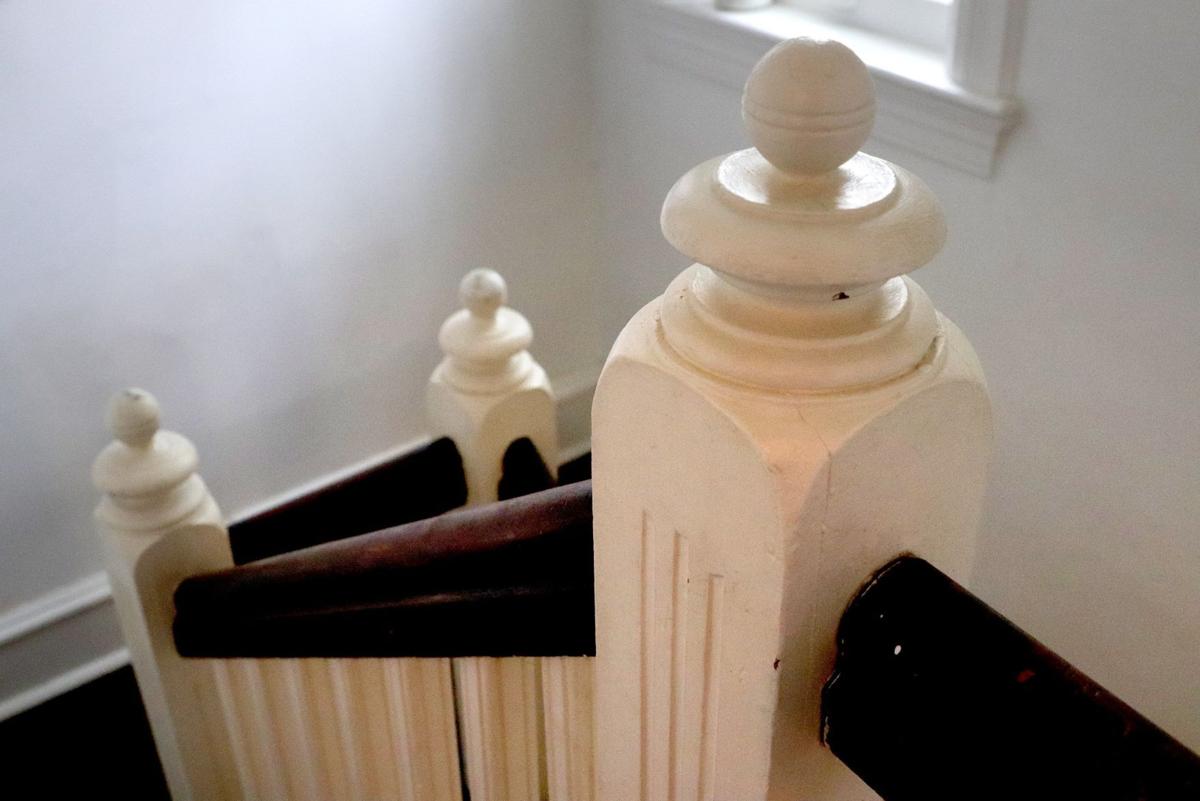 Johnson and Brandt have been careful to preserve as much of the home’s original charm and details as possible, including the wood staircase. 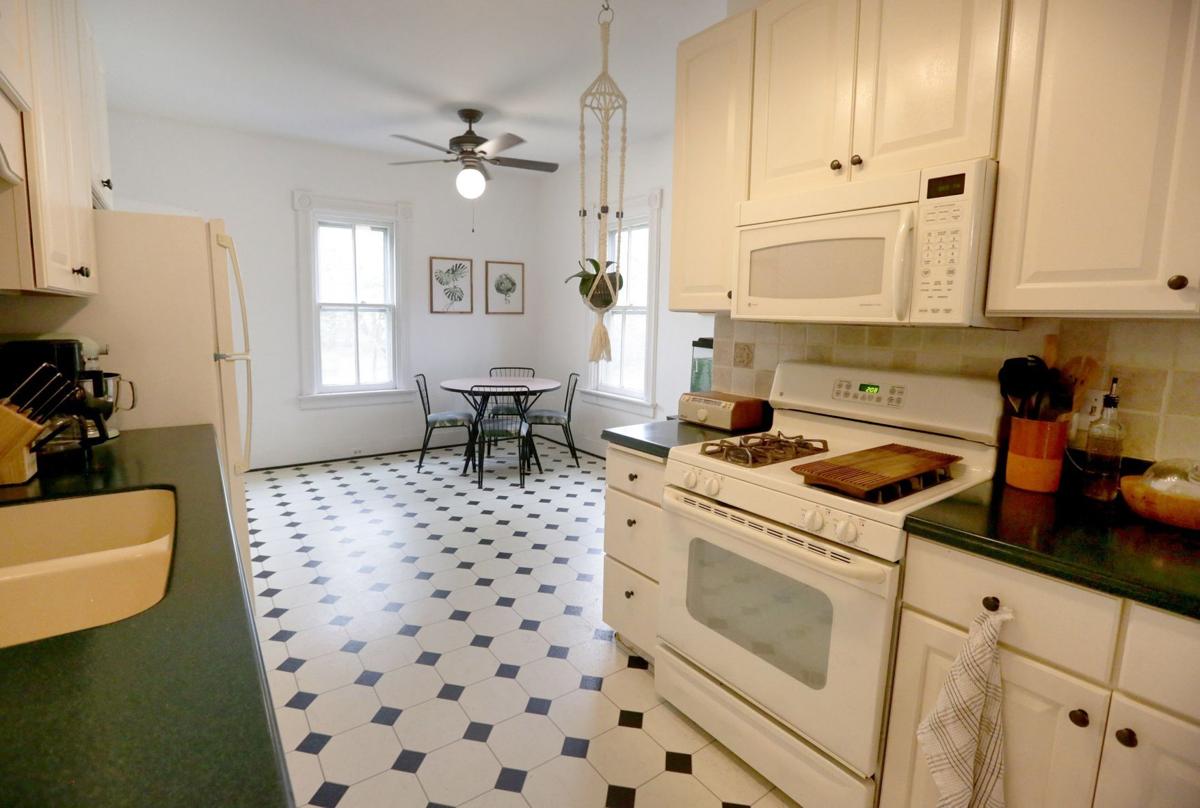 The spacious kitchen is on a list of future remodeling projects. A vintage table and chairs overlook the large backyard. 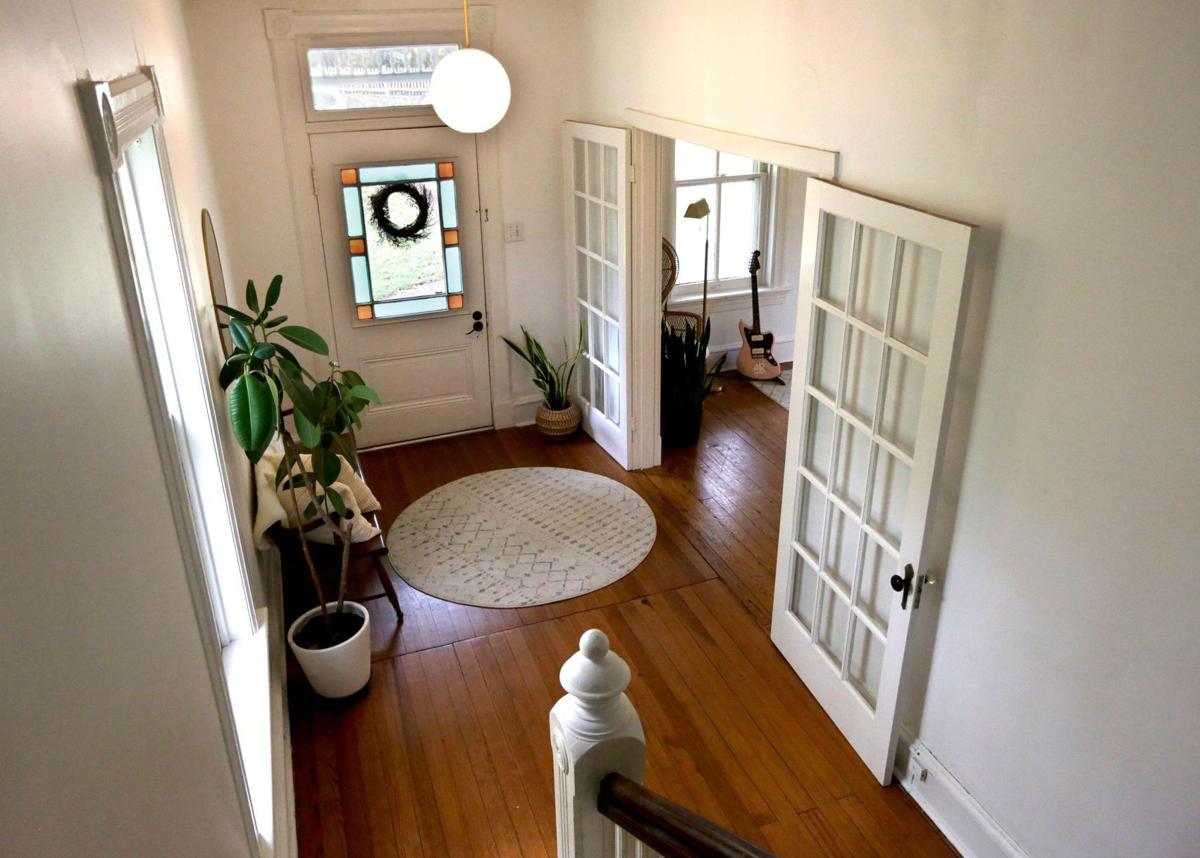 Brandt and Johnson decided to initially paint the entire interior white as a “clean slate” and plan to add in color later. The foyer features many original details like the front door’s inlaid stained glass and transom window, longleaf pine hardwood floors, and original windows and molding. 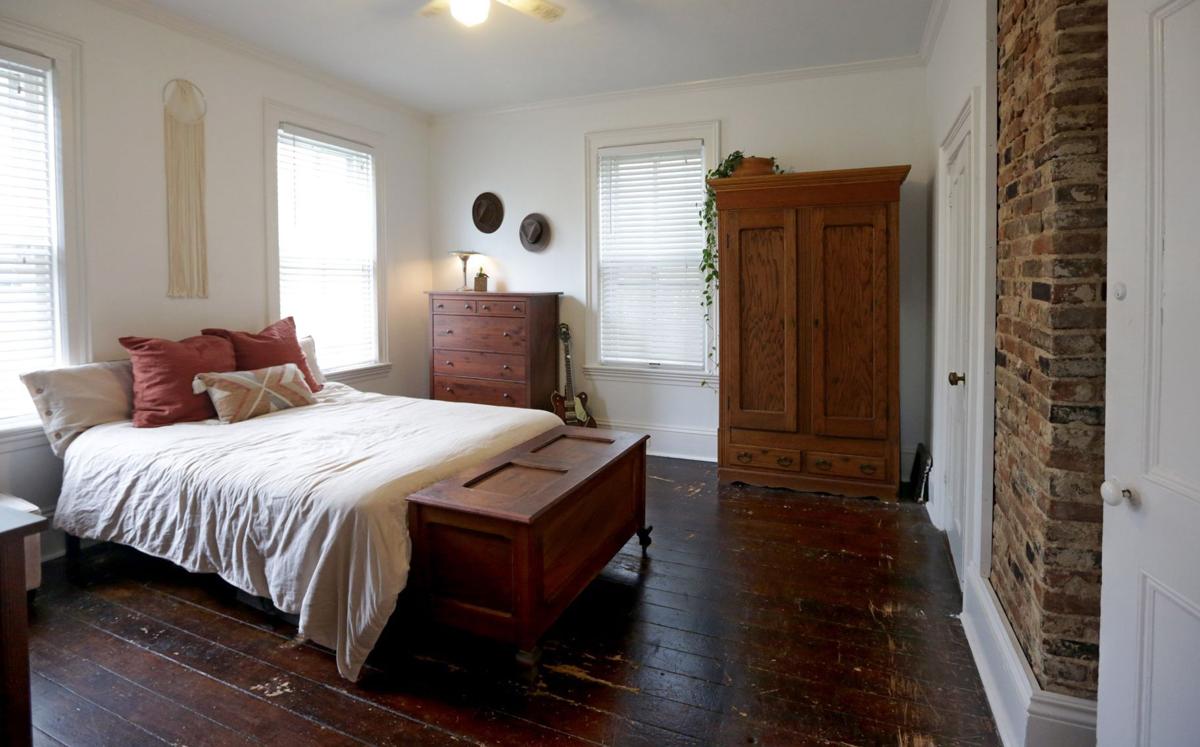 In the master bedroom, Johnson discovered the chimney’s original brick while removing old wallpaper and crumbling drywall and decided to leave it exposed. The armoire belonged to the home’s previous owner. 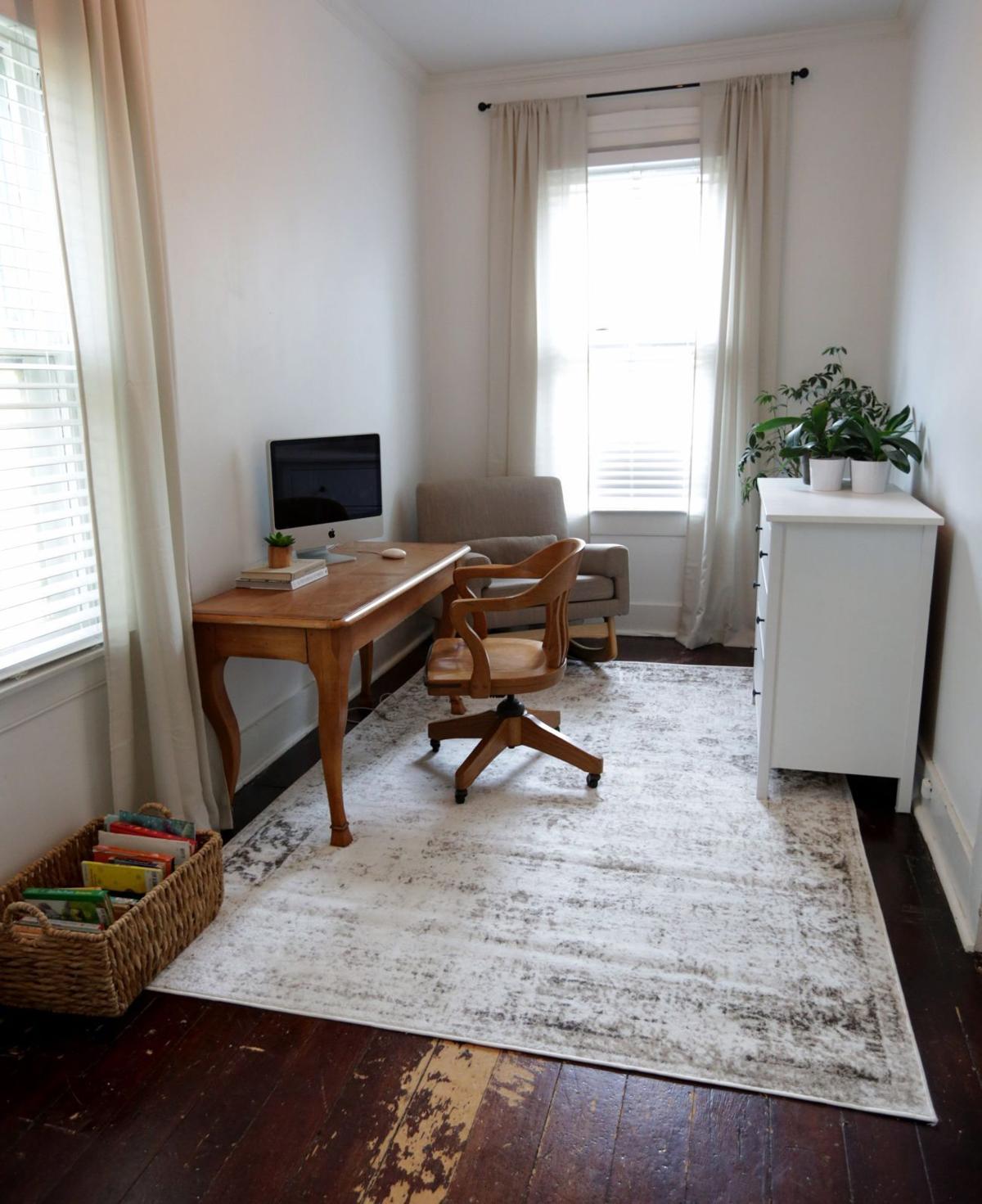 A small room off the master bedroom is used as a study but will be converted to a nursery, likely its original use, when Johnson and Brandt’s third child arrives early next year.  The couple kept the original wide plank fir floors upstairs, complete with all of its scars. 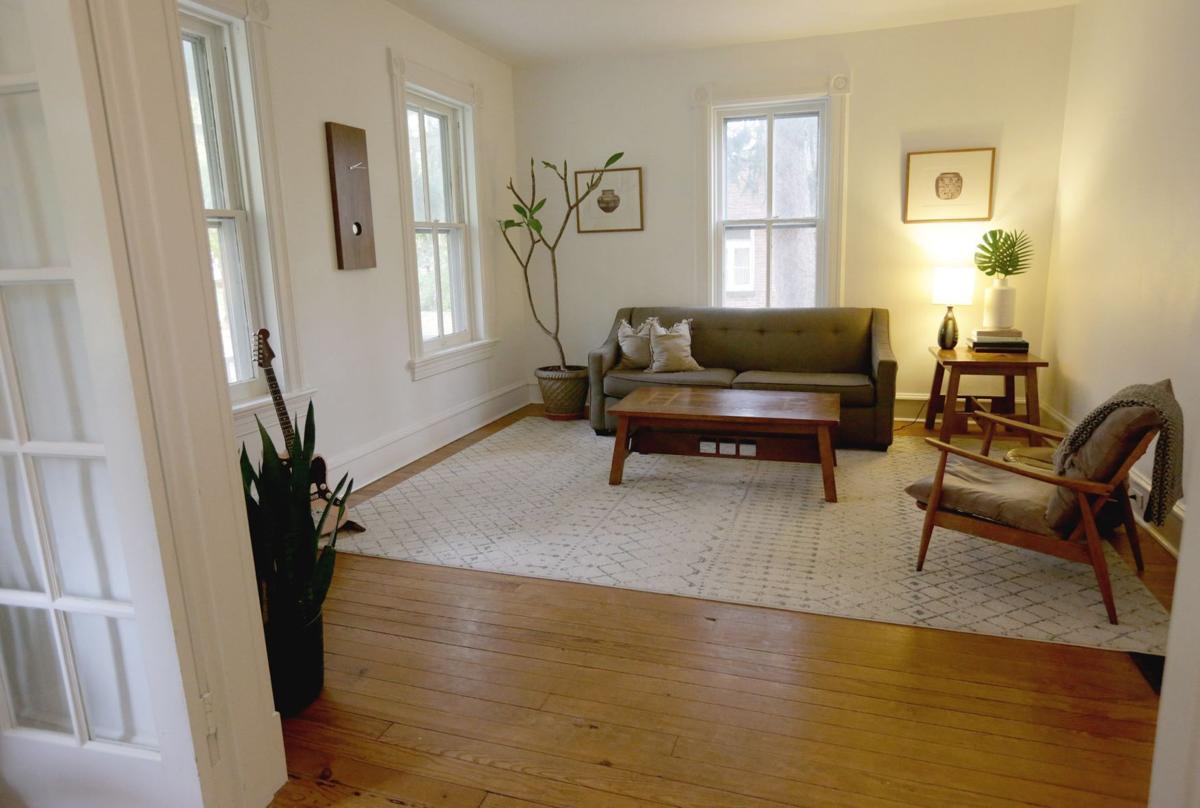 The house is decorated in an eclectic minimalist style. Most of the furniture is antique, vintage or built by Johnson. 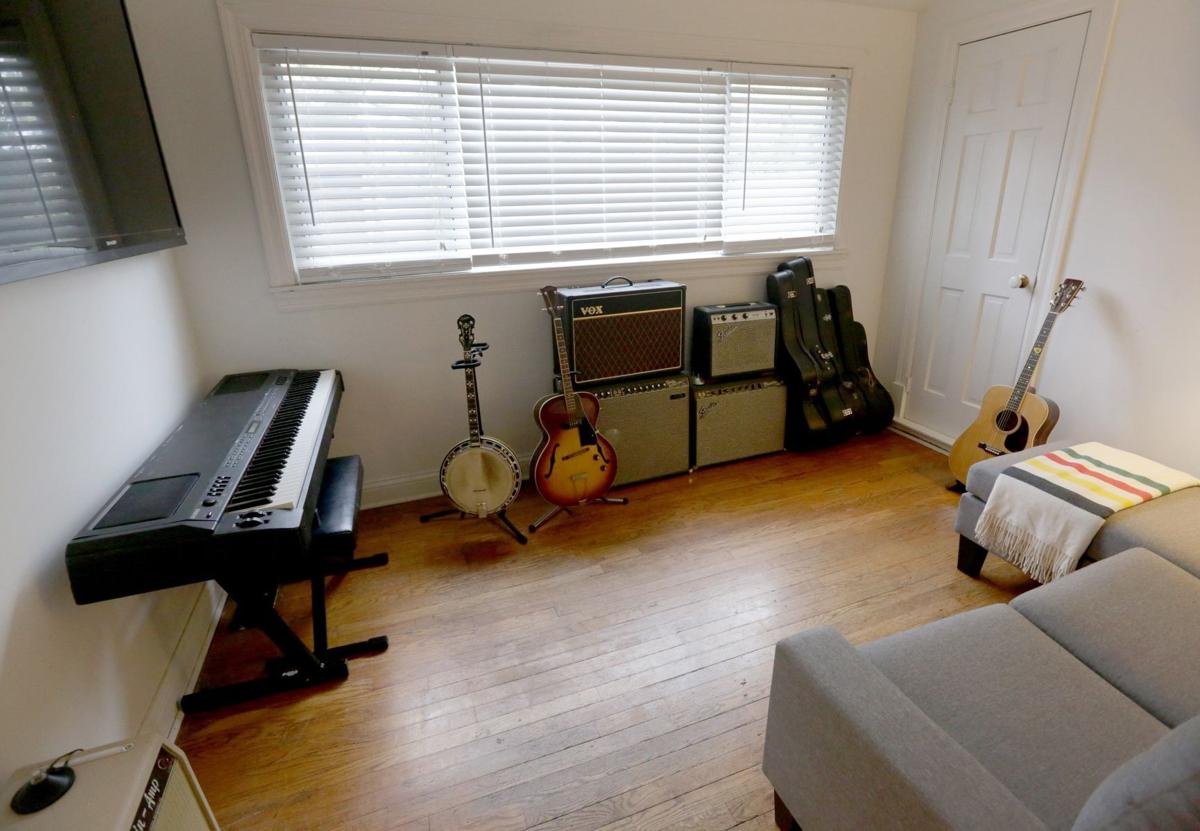 Off the kitchen, a small room that was originally a covered exterior porch serves as a den and music room, housing the couple’s various instruments. 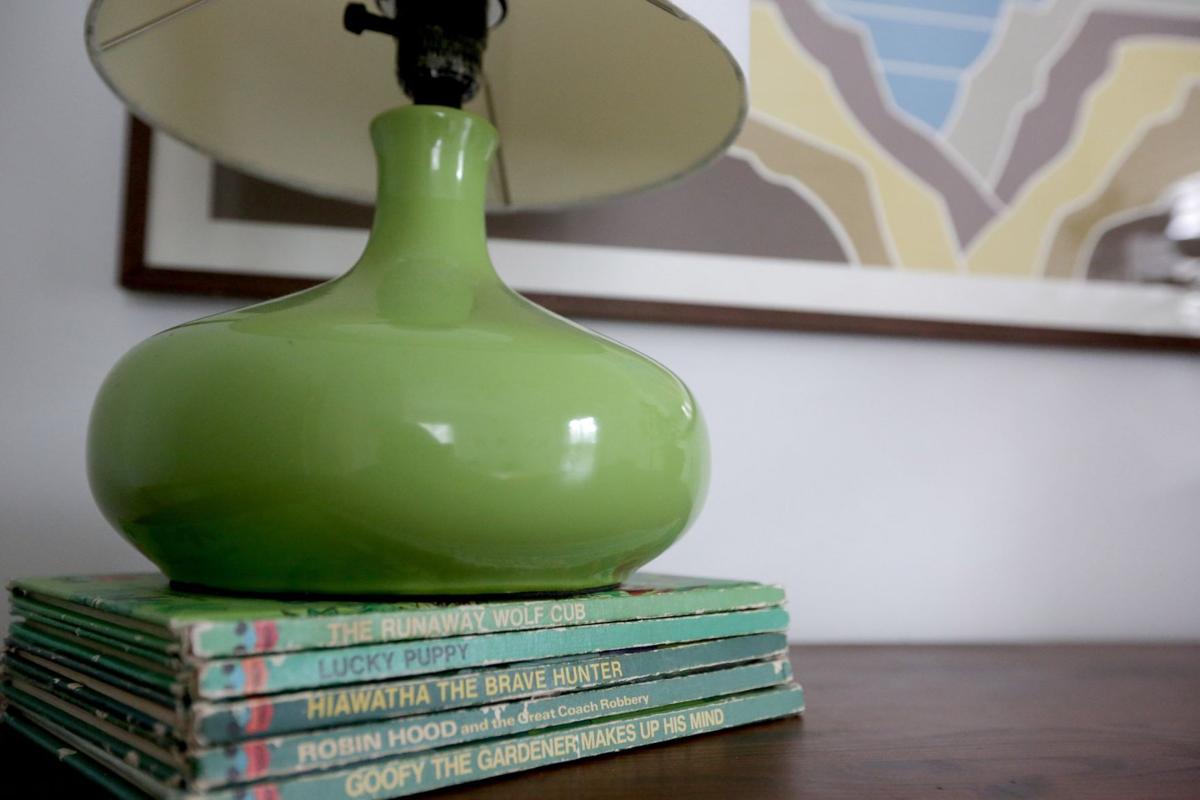 In the boys’ room, a modern lamp sits atop a stack of vintage children’s books on the dresser.

By Amy Burger Special to the Post-Dispatch

As a contractor with Kirkwood-based Anderson Building Co., Brad Johnson is no stranger to restoring the area’s historic homes to their glory. It is one of the firm’s specialties. While working on one such home a few years ago, Johnson developed a professional curiosity about a vacant Victorian farmhouse that was across the street. Its owner was an elderly woman who had moved to a nursing home, leaving it empty and in a state of disrepair.

“Knowing that most houses like this in the area would get torn down, I started asking around about it and ended up in a conversation with the owner’s son,” Johnson says. “He was concerned about selling to someone who might tear it down, so I was lucky enough to acquire it.”

When Johnson and his wife, Rachel Brandt, began researching the house, they discovered it was built in 1883 by a farmer/carpenter named Columbus Strohm. Naturally, they nicknamed it Strohm House. They closed on the house in 2018 and got to work making it structurally sound and livable — a process that took about six months.

Having already sold their previous house in Glendale, the couple moved in with Brandt’s parents with their two young boys and two dogs until they could finally move to their new home. All the while, they documented the renovation on Instagram on the account @strohmhouse.

They had their work cut out for them. Johnson says the home’s exterior had lots of holes and pieces falling off. Inside, the plaster was crumbling and the ceilings had holes as well, and there was some structural damage in the basement. Most of the rooms were covered in layer upon layer of wallpaper. After stripping all of the wallpaper and patching the holes, they decided to initially paint the entire interior white.

Fri Nov 20 , 2020
For the second phase of Gravity, a live/work community in Columbus, Ohio, OZ Architecture created an amenity that attempts to safely bring people together with a variety of separate spaces for cooking, lounging, working, and playing. Image courtesy of OZ Architecture Home OZ Architecture’s Nate Jenkins helps us imagine the […] 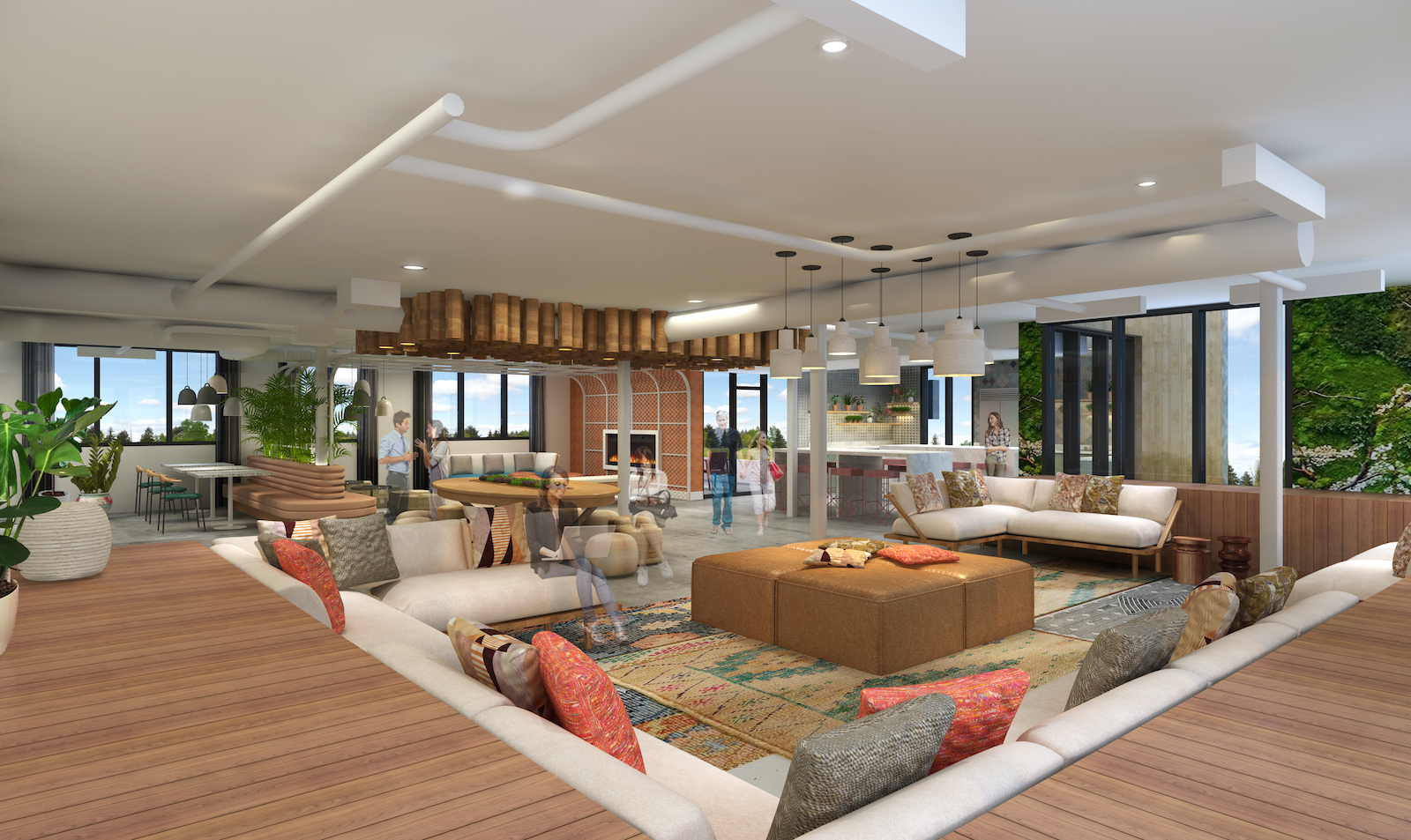