While the basic mass of the villa is a cube, volumes have been cleverly added and subtracted to create additional interior space or add a special feature to the villa facade. At the upper level, which houses the more private bedroom spaces, a chunk of the cube has been removed […]

While the basic mass of the villa is a cube, volumes have been cleverly added and subtracted to create additional interior space or add a special feature to the villa facade. At the upper level, which houses the more private bedroom spaces, a chunk of the cube has been removed to create a luxurious verandah that overlooks the streetscape. This serves the dual function of providing an extra layer of protection from the harsh elements by shading the facade that houses the bedroom windows. Clear glass windows allow natural light into interior rooms while extruded planes and window niches shade the rooms within from direct sunlight.

The entrance to the villa is clearly a very important feature of the family villa modern Arabic exterior design, as is evident in the grandiose scale of the columns and door. Typically, private villas in Saudi Arabia have multiple entrances in keeping with the traditions of Arabic culture; there is usually a separate entrance for the men and women of the house as well as more discreet entrances for the support staff. The oversized columns and arch above the main visitor entrance are visible from a distance on approach to the villa, adding to the social status of the occupants as well as clearly distinguishing the main visitor entrance from the more private entrances reserved for family members and occupants.

In keeping with traditional design practices, the villa looks inward into a lush courtyard space, punctuated with living green walls designed to counterbalance the imposing white walls. The internal courtyard incorporates a slim, rectangular swimming pool, which serves as a decorative water feature as well. The surrounding tall walls provide the perfect element of privacy for entertaining guests or when the pool is in use. The courtyard also serves as a passive cooling design element, providing occupants with an inner sanctum that remains cooler than the blistering outside temperatures.

The villa is surrounded by a tall compound wall that provides an extra layer of privacy for occupants as well as defining the boundaries of the property. The solid wall is interrupted only by dark wood entrances in stark contrast to the white walls. Tall trees add an extra layer of green and act as buffers between the villa and the street outside, helping to create a cool microclimate for the interior open spaces by providing much-needed shade to interior service areas and gardens.

With the clever use of modern and traditional design concepts and elements, this family villa modern Arabic exterior design is a well-designed fusion of East meets West.

Porch decorating ideas that will create a magical oasis

Fri May 1 , 2020
Just like the patio, the porch is one of those areas that doesn’t get as much attention due to the weather still not cooperating. Additionally, let’s not forget most if not all of us are stuck in quarantine, wishing, and wanting to go outside. For the lucky ones, who have […] 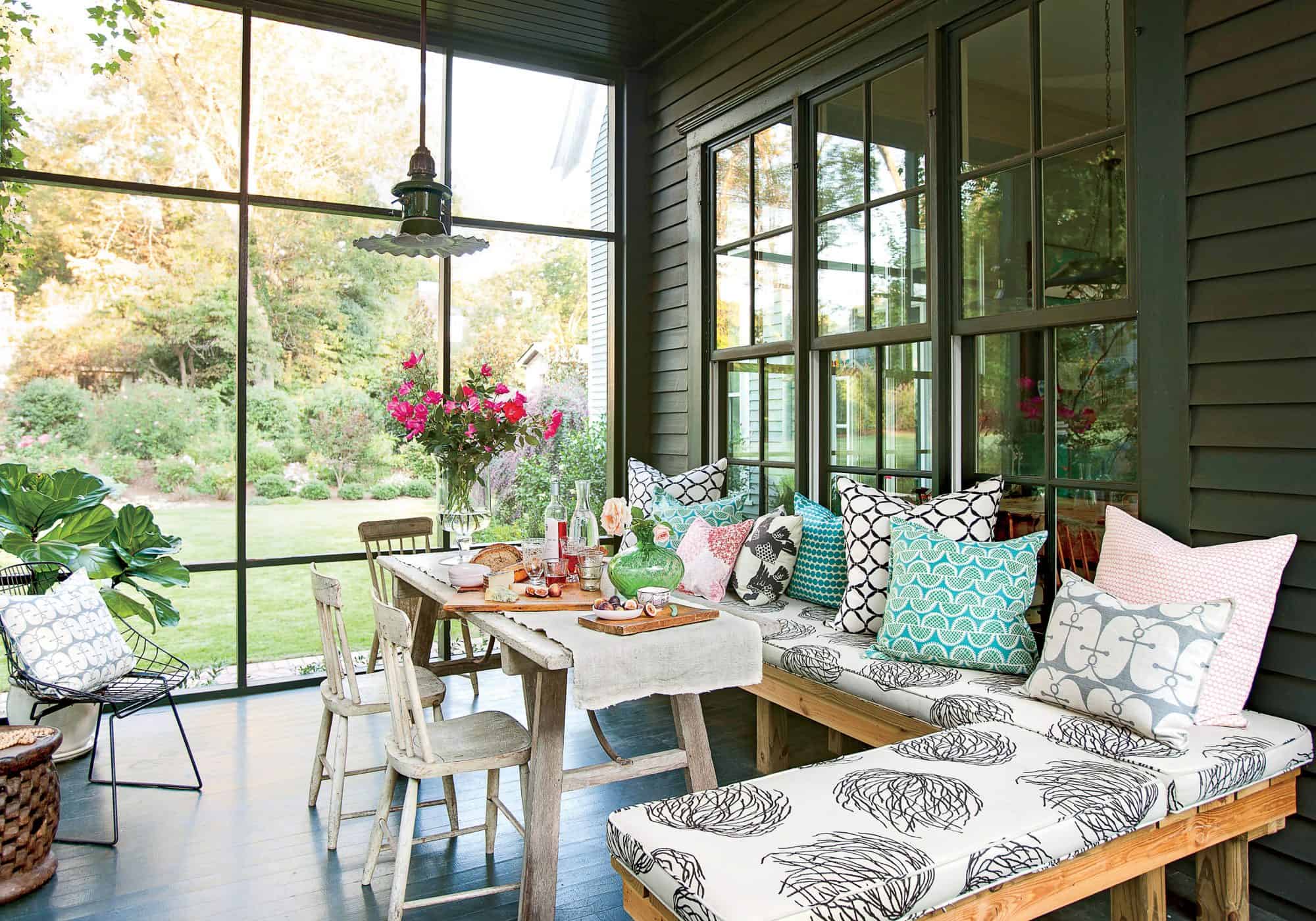