It was the room Jyoti Parmar was most proud of — her family room featured on the now defunct home renovation show Divine Design, hosted by renowned interior designer Candice Olson. But now Parmar is frustrated, because she recently discovered extensive mould damage in the room. damage she believes was caused by the TV show team. Parmar found black mould behind […]

It was the room Jyoti Parmar was most proud of — her family room featured on the now defunct home renovation show Divine Design, hosted by renowned interior designer Candice Olson.

But now Parmar is frustrated, because she recently discovered extensive mould damage in the room. damage she believes was caused by the TV show team.

“It’s not something I would really show off anymore … It’s really tarnished the whole experience.”

After Parmar and her husband bought their Thornhill home in 2005, she applied to appear on Divine Design.

In 2009, the show agreed to renovate Parmar’s family room.

“We thought we had won the lottery. It was so exciting,” said the mother of three. “They took out everything, so it was a total gut of the room. They took out the carpeting, the mirror. They replaced the flooring, they redid the bar area to modernize it.”

Her kids’ favourite area was the banquette for six Olson designed with a padded charcoal grey tufted backrest.

“We loved what she did. We never would have dreamt of a design like this for our family room,” said the stay-at-home mother.

But this past December, Parmar and her husband discovered water damage in the basement under the family room.

They say a plumber traced the leak to the stack behind the banquette. He and Parmar removed the padding for the first time since the 2009 renovation.

“Clear as day, there’s a hole in the drywall. You could see the second floor pipe coming down from the bathroom,” said Parmar. “It was exposed and he looked at it, and right away, he said, ‘Those are drill holes in your pipe.’ And I was shocked. I thought, ‘Why would there be drill holes in the pipe?”‘

The punctured drain pipe flushes all the waste water from the second floor bathroom, which Parmar believes has been slowly leaking since Olson’s renovation.

“I was just horrified. I was shocked because I’ve seen little bits of black mould around bathtubs and things like that but I’ve never seen so much of this black stain,” she said.

“I have three kids, and just thinking that they were sitting on that banquette, on the seating with that right behind them, and when someone used the washroom upstairs that water could have been seeping behind the banquette, it’s very troubling.”

Parmar said she reviewed the episode to find any clues about what might have happened:

Parmar believes someone from the show mistakenly drilled into the pipe and water has been slowly leaking behind the banquette all that time.

“They didn’t reveal it to us. Had they even told us during the show, ‘We made this hole in the pipe,’ we would have definitely tried to work together to have it repaired.”

She estimates it will cost about $15,000 to clean up the mould, replace the drywall, banquette and flooring.

Olson continues to feature Parmar’s family room on her twitter feed and in a coffee table book.

This gorgeous L-shaped banquette offers seating for 6; upholstered and diamond tufted in an inky-charcoal colored velvet. <a href=”https://t.co/1Cj57VzXt3″>pic.twitter.com/1Cj57VzXt3</a>

CBC Toronto has made repeated requests for comment from Olson through her publicist, and through social media, but she has not responded.

“I have responded to Jyoti in multiple emails and nothing further to add,” wrote Angela Jennings, the company’s executive producer.

Jennings said a contractor called Matz Renovations was responsible for the work, but when contacted by CBC Toronto, the firm said its work was already completed before the banquette wall work was done,

“I just find that even now, following up with the people involved, there’s a lack of integrity. There’s not that, ‘Oh my gosh, I can’t believe this happened. I’m going to look into it,'” said Parmar.

Wed Apr 1 , 2020
Colourful balconies If your restaurant is a multi-level building or set on a second floor, you could add instant style with a colourful, bright balcony. Exterior facades such as FunderMax can be used to create balconies that can easily be seen from street-level, adding a pop of colour. When you […] 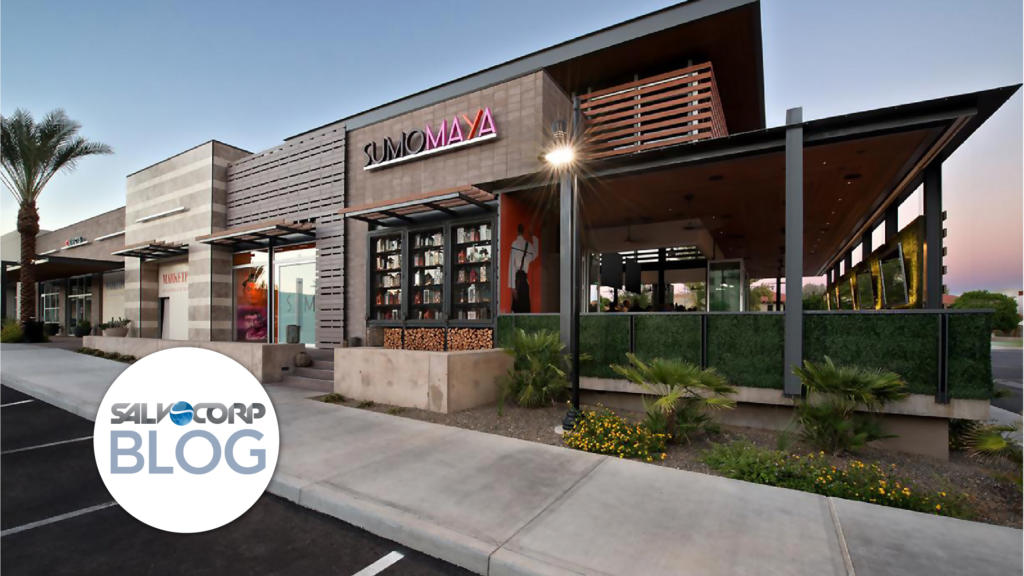