There is something about queuing up with a tray that makes me terribly nostalgic. Immediately, I am transported back to the seventh grade, the first time I ever ate in a cafeteria, and I am flooded with memories of steamer trays of gluey macaroni and cheese, slabs of (mystery) meatloaf […]

There is something about queuing up with a tray that makes me terribly nostalgic.

Immediately, I am transported back to the seventh grade, the first time I ever ate in a cafeteria, and I am flooded with memories of steamer trays of gluey macaroni and cheese, slabs of (mystery) meatloaf and watery mashed potatoes served by gruff lunch ladies in perpetually askew hair nets.

I recall being delighted that I was being afforded a choice (albeit a limited one, but still!) in what I had for lunch every day rather than accepting whatever bagged sandwich-and-fruit combo my mother prepared for me. And, to top it all off, the food was hot! Now this was fine dining.

While their heyday has long since past, cafeterias were once insanely popular. The exact origins are contested, but many historians date their American inception to the late 1890s, and for the next 50 or so years, cafeterias were the dominant style of lunch room eateries.

Unfortunately, the traditional cafeteria, which by standard definition is a self-service dining operation in which customers physically choose their entrees, side dishes and desserts as they move down the display line, is a dying breed of restaurant in the United States.

Only a handful of cafeterias remain in Houston, and while many continue to serve most of their original menu items (Cleburne comes to mind), they have undergone significant changes. Greater attention to hygiene precautions has led many establishments to shift to a model in which patrons point to their desired dishes and employees complete the hand-off, and many have modernized their dining spaces in an attempt to stay relevant and attract new generations of clientele.

Not so at Dinner Bell, an East End cafeteria and bakery that is old school in every sense of the word.

Stepping into Dinner Bell on a late weekday morning is like stepping into a time machine, as everything from the furniture to the food seems virtually unaltered since its 1952 opening. Although the unkind among us could describe the decor as drab, I prefer to call it “brown minimalist” as the chair cushions, accents and wall art are all shades of the aforementioned hue and simple in structure and design. There are other quaint and anachronistic features, such as label misspellings, incongruous tchotchkes and posted instructions to pray before your meal in accordance with different religious denominations (Catholic, Jewish, Protestant).

The breakfast and lunch options, which include regular as well as rotating daily specials, are largely confined to the classics: sausage and cheese on a roll; turkey with dressing (never “stuffing,” mind you); liver and onions; broccoli and cheese casserole; buttered corn, carrot salad, jello, and fruit and cream pies, packaged by the slice on plates enveloped in clear wrap.

My go-to order is the chicken and dumplings, thick with shreds of white and dark poultry meat and hefty, asymmetrical dough pockets. It’s schmaltzy, hearty and best enjoyed on a rainy day.

What is noticeably different, and somewhat painfully so, are Dinner Bell’s patrons. One can imagine a heyday, probably sometime during the 1960s, when the cafeteria bustled with couples, families and local workers, all searching for affordable yet appetizing sustenance. The majority of its 2020 patrons, at least from my repeated anecdotal observations, are pushing at least 70—though once and again I have spotted a random young’un accompanying an older friend or family member.

If this makes you sad…well, good.

Cafeterias in Houston need not go the way of all flesh just because it’s 2020, and so much else has. Let’s put our money where our maudlin mouths are, and when scavenging for supper, consider Dinner Bell and others of its ilk, like Cleburne, Mikki’s and Treebeards. It can be a trip to another time, and though simple, it may be just what you needed.

Hyundai shines light on the manufacturing process of the new i20

Sun Nov 1 , 2020
Recently Hyundai revealed the design of the all-new Hyundai i20. The company revealed the exterior as well as interiors of the car. Now the South Korean company has revealed what lies underneath and how Hyundai has used materials that will improve the overall safety of the upcoming hatchback. The all-new […] 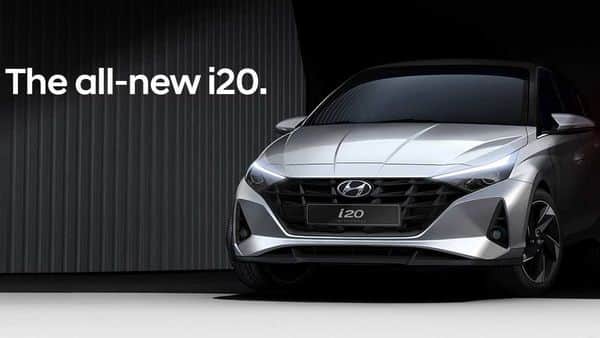