The Lowes in their living room featuring the painting “Recuerdos de Cojímar no1” by Cuban artist Rigoberto Mena. Sofas are by Jonathan Adler. November 6, 2020 A less adventurous type might have shuddered at the prospect of decorating a cavernous, ultra-contemporary condominium after living in an older Spanish-style, Coral Gables […]

A less adventurous type might have shuddered at the prospect of decorating a cavernous, ultra-contemporary condominium after living in an older Spanish-style, Coral Gables home, but not Soledad Lowe. She had already worked her magic in a spacious loft in SoHo. The Argentina-born beauty was raised in Sweden from the age of four when her father went to work for the Swedish government. Also a sculptor and artist, he had commissions from the Vatican and the Swedish royal house. “I was always with him in his studio,” says Soledad. Her mother was an anthropologist and they traveled extensively. “I absorbed everything I saw and exploded it!” she says about her unique style.

Soledad, husband Justin and their three children (now 10, 13 and 14) relocated to South Florida in the early aughts. After living in a house in Snapper Creek Lakes, its upkeep became a problem because of frequent travel. “Two years ago I woke up and said, ‘we have to move,’” Soledad explains. “We love the Grove and wanted a condo that felt like a house, had great views and flow for entertaining. Convenient not only geographically, but if we leave for several months it’s all taken care of.” Of the six apartments they viewed, only one checked all the boxes, including extraordinary architecture. The unit is in one of two gracefully ‘twisted’ towers at The Grove at Grand Bay, designed by celebrated Danish architect Bjarke Ingels. Justin explains, “I love the slanted cement columns, but they aren’t as obvious on lower floors. We’re at the center where the building twists the most. It’s beautiful, but also environmentally conscious because it’s an LEED (Leadership in Energy and Environmental Design) building.”

The 6,600-square foot apartment came with gleaming black marble floors, which the Lowes kept because it was so different from the white marble in Miami condos. The mirror-like surface adds depth, dimension and unexpected sparkle to the space, while bringing out the colors in the art and furnishings. “When we travel we buy things that have meaning or are historically interesting, then figure out where to put them,” Soledad says. “My input is only at the point of purchase, not where it goes,” adds Justin with a grin.

A Trajectory of Style

The fashionable couple is well-known in society and philanthropic circles in Miami, New York and internationally. Soledad is on the committees of United Way and The Bass Museum; Justin is on the board of the Surfrider Foundation Miami Chapter, a non-profit focused on clean oceans and together support the Lowe family’s Fit for Life Foundation. Soledad studied gemology in London and jewelry design at the Fashion Institute of Technology in New York and worked at some of the world’s leading firms including Christie’s auction houses in London and New York, the Stockholm Auction House and with the Swedish Court jeweler. Her eponymous jewelry gallery in New York earned rave reviews and her pieces were featured in magazines, music videos and films. A current collection is available at soledadlowe.com. Justin was born in Japan from American Swiss parents and raised in Portugal, France and Switzerland, and graduated from the London School of Economics and Columbia University School of Business. He founded Avenir Investment Group, a multi-family partnership focused on wealth and asset management with offices in Miami, New York and Geneva.

The centerpiece of the living room is an imposing, 14-foot-wide painting by Cuban artist Rigoberto Mena, which is Justin’s favorite work acquired in 2009 — finally taken out of storage. “It was destined for this wall,” he says. “We also love to support local artists and many have become friends,” says Soledad. As a counterpoint to the modern art, a mélange of ancient tribal and religious artifacts, boldly hued antique rugs and semi-precious stones is skillfully arranged in evocative groupings throughout each room. “There’s never a plan. I like to mix it up!”

They entertain often and dinner parties are usually smaller, intimate affairs. “Where we linger and can talk to everyone,” she explains. “We sometimes bring in a sushi chef for entertaining,” adds Justin. “But usually both of us cook a lot and the kids are very involved.” A typical summer, pre-pandemic, would have been spent visiting family in Sweden, France and at their chalet in the Alps. Says Soledad, “as long as family is together, it’s our sanctuary, it’s home.”

Mon Nov 30 , 2020
How we live has changed. Nowadays, we’re craving the countryside, room to move and wide open spaces to socialise in. “Having a comfortable place to relax and entertain outside takes on even more importance in these strange times we are now living in,” says architect John Meagher. Meagher knows what […] 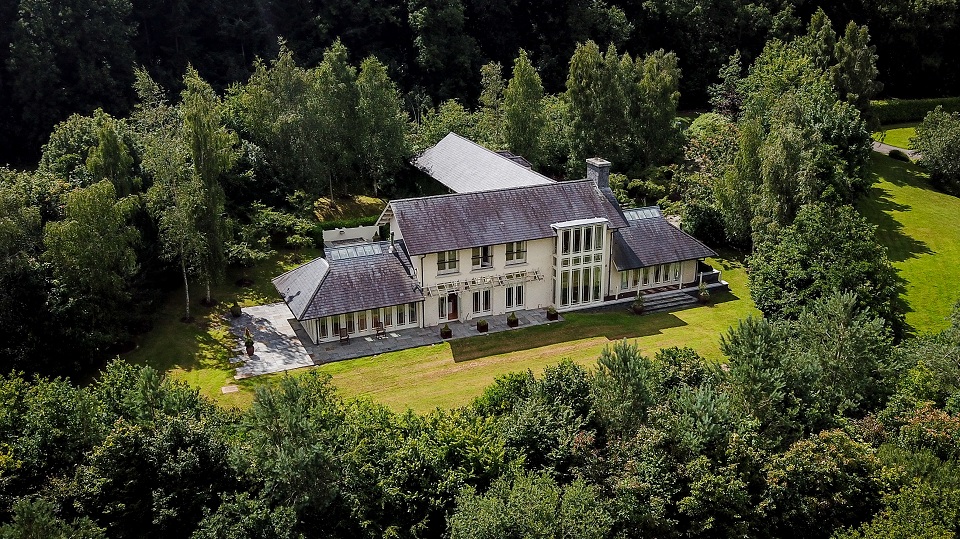