There’s a large portion of the population that thinks video games just aren’t for them. They cringe at the thought of first-person shooters or story-heavy role-playing games. The idea of seeing Mario stomp on endless turtles brings them absolutely no joy whatsoever. But what if I told you there was […]

There’s a large portion of the population that thinks video games just aren’t for them. They cringe at the thought of first-person shooters or story-heavy role-playing games.

The idea of seeing Mario stomp on endless turtles brings them absolutely no joy whatsoever. But what if I told you there was a game out there that has something for everyone?

You’re probably balking like you never balked before, but it’s true. I’m talking about “Animal Crossing: New Horizons.” An exclusive to the Nintendo Switch, this game is delightfully charming and packs more entertainment than any of the previous versions.

Here are 10 things you can do in “Animal Crossing: New Horizons” that will appeal to non-gamers. 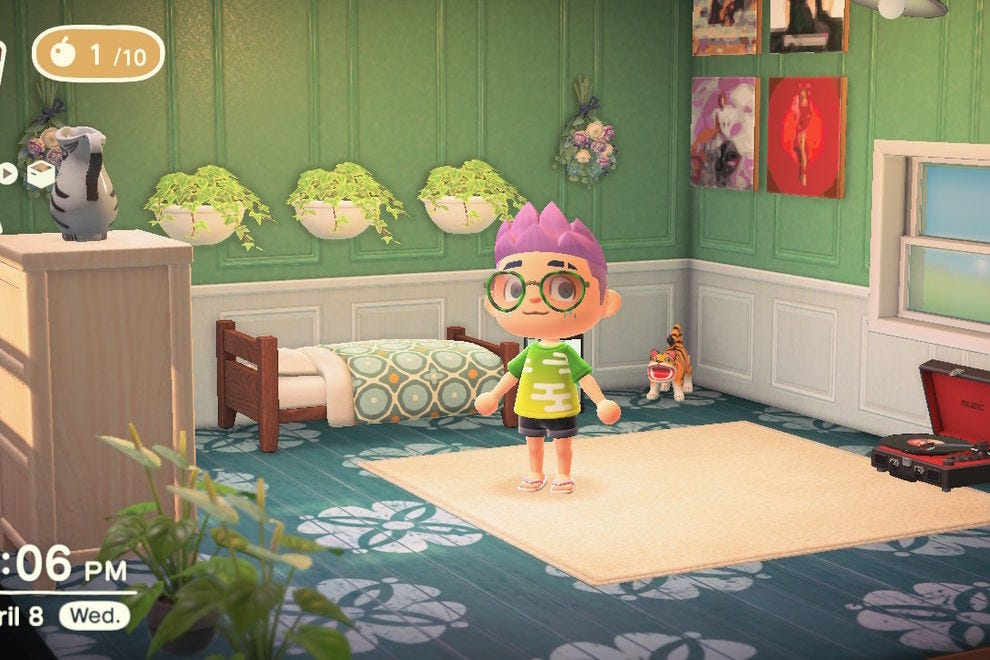 When you first start out in the game, you’re given a home. Sure, it’s initially a humble tent, but eventually, you can upgrade your house to include four rooms on the main floor, a large second-floor room and a sizable basement.

Each room can be completely outfitted in any style your heart desires. Players can opt for a more traditional approach with farmhouse decor or mid-century modern trappings. Or, players can be completely whimsical and create a deep-sea aquarium in their basement.

Half of the fun is collecting furniture, wallpapers and flooring patterns to mix and match to create your perfect home. If you want to raise the stakes of your decorating, the game also has a “Happy Home Designer” system where your decorating style will be given a points-based rating. The higher your score, the more likely you’ll receive exclusive prizes. 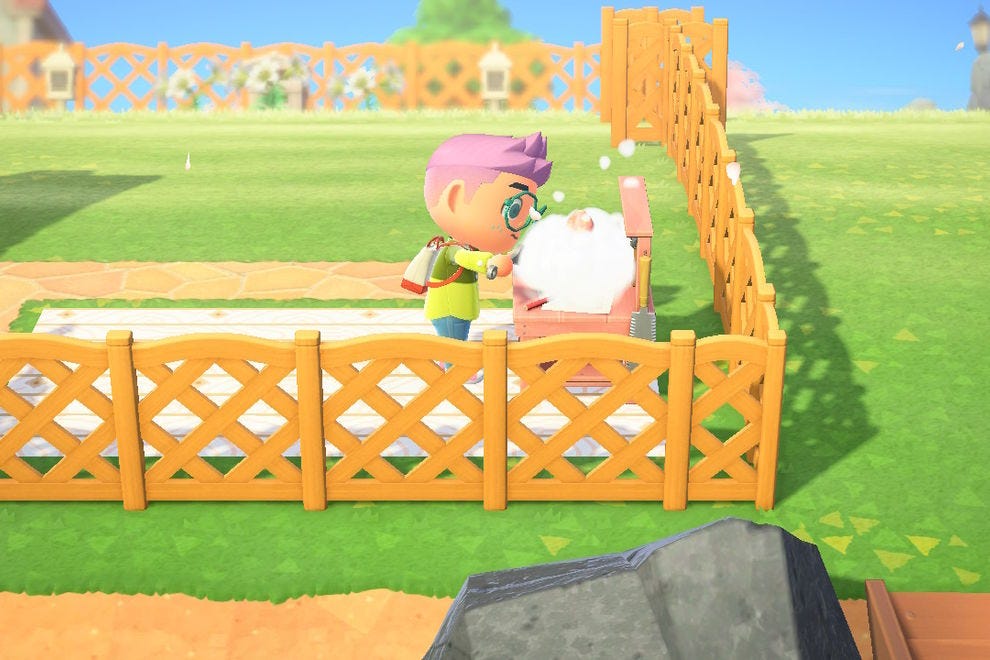 DIY projects are all the rage these days, but sometimes inspiration and supplies can be hard to come by. Good thing there’s a way to scratch that crafting itch without breaking the bank. In “Animal Crossing: New Horizons,” players are able to collect DIY recipes and various materials across multiple islands to make almost anything.

From vibrant palm tree lamps to unassuming cherry blossom petal piles, the variety of recipes is vast. Each island starts with one DIY workbench, but as the game progresses, players can place crafting stations all over their islands for convenience.

With more access to materials also comes more access to more demanding recipes. Soon you’ll find yourself with recipes that call for less common ingredients, such as gold nuggets. Searching for rare materials is also part of of the fun! 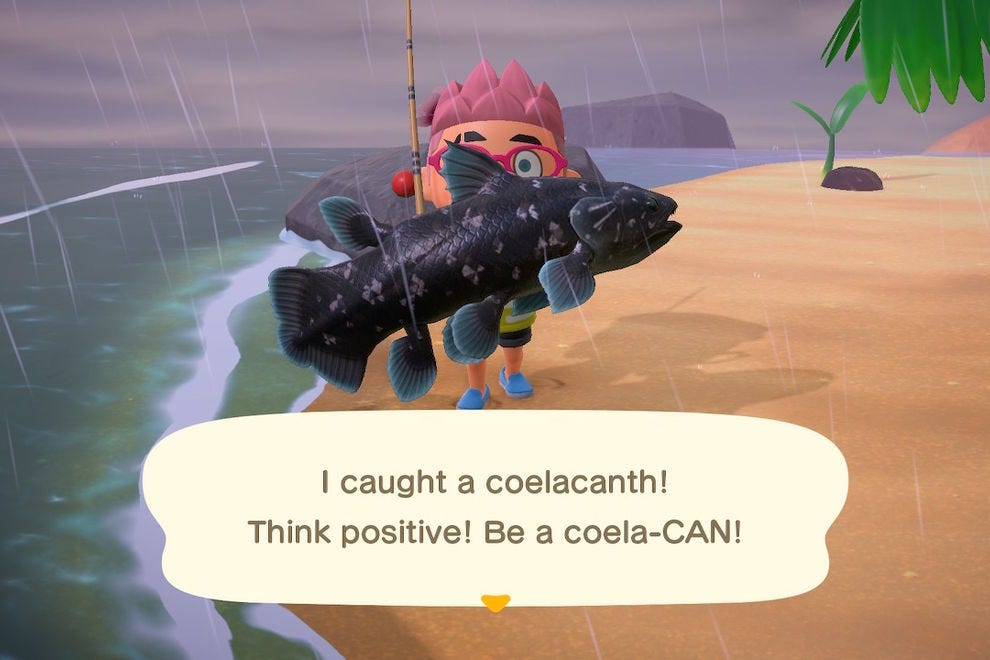 Fish can be common or rare, like the coelacanth — Photo courtesy of Corey Barker

As with real-life tropical islands, the islands of “Animal Crossing: New Horizons” are populated by a plethora of colorful fauna. Fish and bugs are all over the place, and it’s up to you to catch them. Sure, the critters you catch can be sold for bells (the island’s currency), but you also have your handy Critterpedia.

This is a compendium of every bug and fish you can catch. However, it’s empty and can only be filled by you. In all, there are over 100 species for you to discover. Some are mundane like a guppy or a pill Bug, while others are exotic like an Atlas moth or a coelacanth.

Once you catch your prey, you have options. You can release them back into the wild, donate them to the museum or sell them for bells. 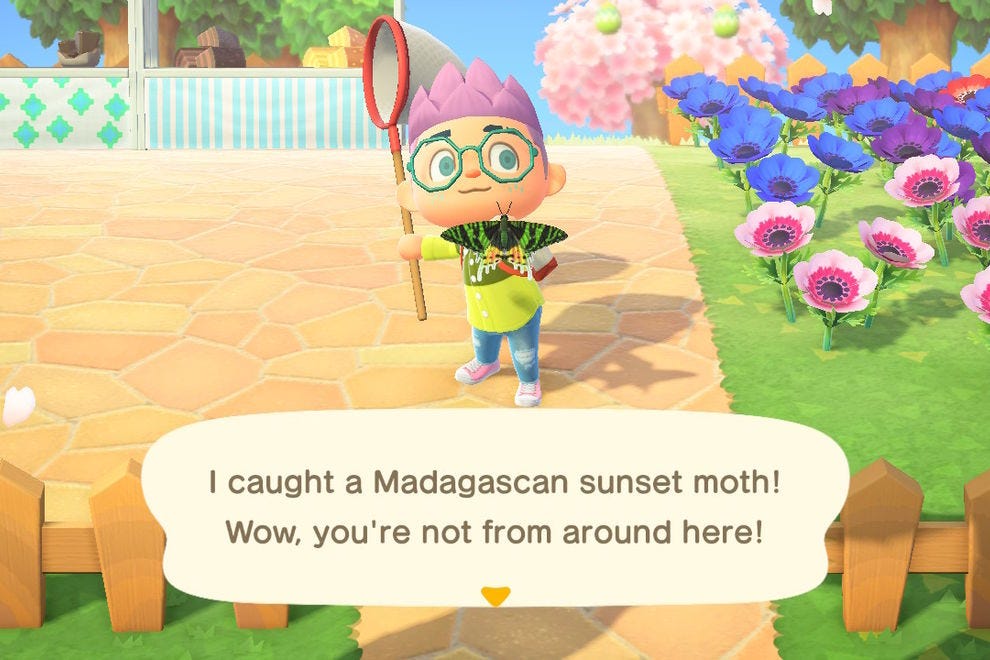 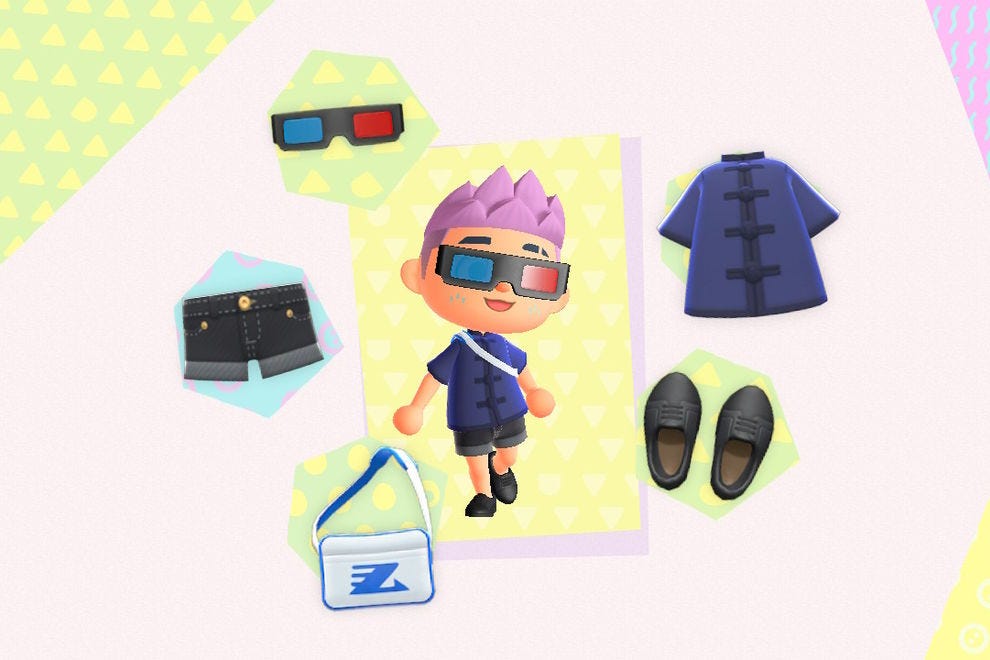 Your fashion options are endless — Photo courtesy of Corey Barker

Do you have a passion for fashion? Then open your NookPhone (the smartphone of choice for island residents) and head to the Custom Design app. The app features a grid that you can use to make designs, which can be featured on clothes, signs, walls and even the ground.

Throughout the game, you can upgrade the app to the “Pro” version which allows you to tailor-make your designs for various types of clothing including short sleeve shirts, sweaters, dresses, hoodies and hats.

If you love your design or want inspiration from others, you can also access a hub in the island’s clothing store (called Able Sisters) that allows you to post your designs and view (or download) designs of other players from across the globe. 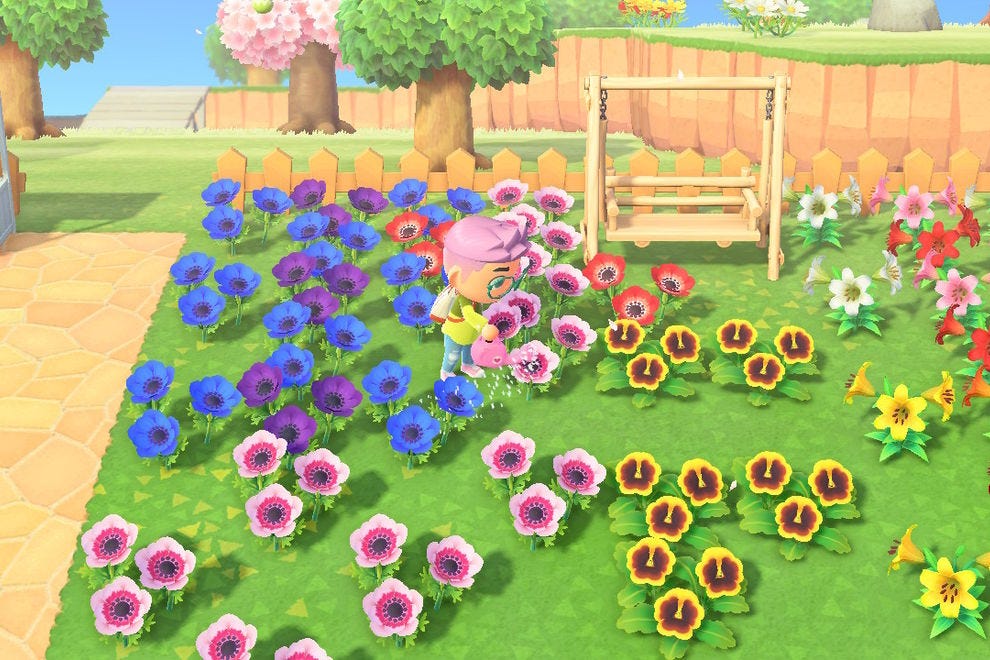 As in real life, it’s always a good idea to water your flowers — Photo courtesy of Corey Barker

Your island world is lush and you can take advantage of that by creating your very own garden. Really – you can turn your whole island into a garden if you want. There are eight varieties of flowers for you to collect: roses, pansies, mums, tulips, lilies, cosmos, hyacinths and windflowers.

Each flower has a few set colors, but try getting creative with your planting and new hybrid colors might start to pop up. Want a tip? Plant red lilies next to white lilies for pink lilies.

There are also six types of fruit trees to collect: cherries, apples, peaches, oranges, pears and coconuts. You can create gorgeous vistas of fruit-filled trees (and if you have excess fruit, you can sell it for bells).

Don’t be afraid to try new combinations while gardening as some flowers placed next to each other will attract bugs that typically wouldn’t appear. 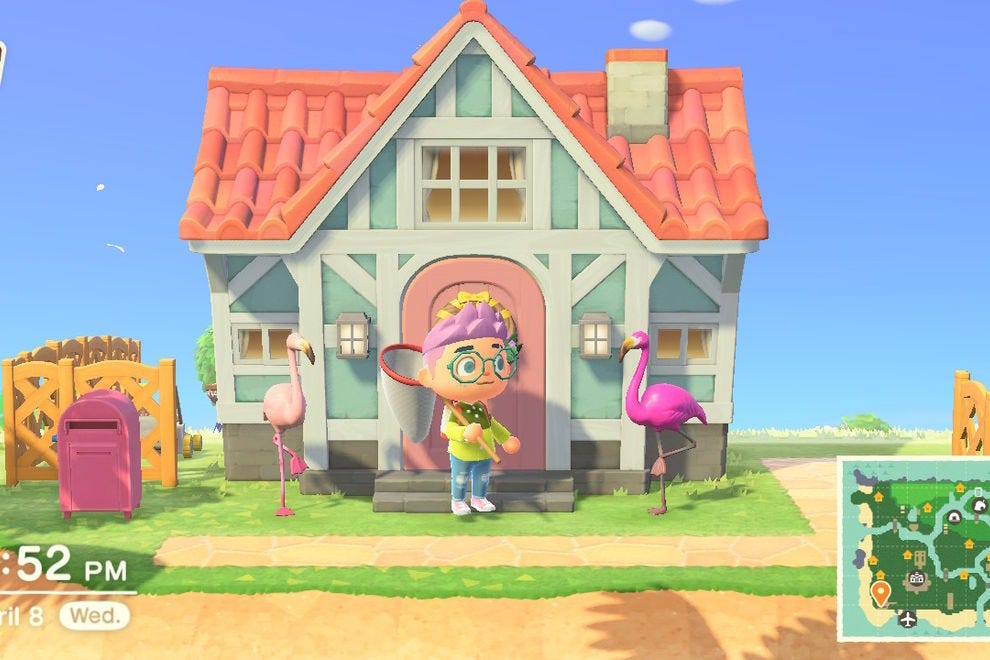 Your house is fully customizable — Photo courtesy of Corey Barker

Have you always dreamed of designing a city? A town? A village? All of these are possible in “New Horizons.”

After putting some hard work into their islands, players will receive an app on their NookPhone that allows them to create or destroy cliffs on the island, as well as create or destroy waterways. This allows players to drastically change the landscape of their paradise.

This app also allows you to lay various paths across your island, such as a terracotta tile path or a brick path. Players can add subtle touches to their island or re-do it from the ground up. 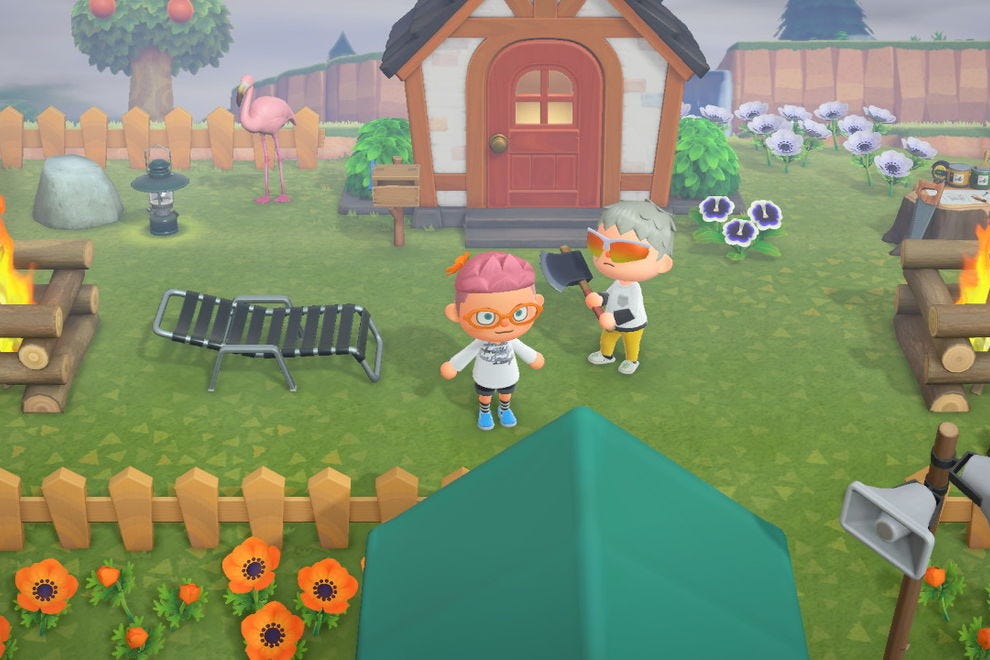 “Animal Crossing” is all about socializing. Players can forge friendships with the villagers who come to live on their island. In fact, this is encouraged as players are rewarded for becoming best friends with their villagers.

The game is also enriched by visiting the islands of your real-life friends. For instance, remember how there are six different types of fruit trees to collect? Well, each player’s island starts out with one kind of fruit, perhaps different from your own. And one of the few ways to get other fruit is by visiting different islands. 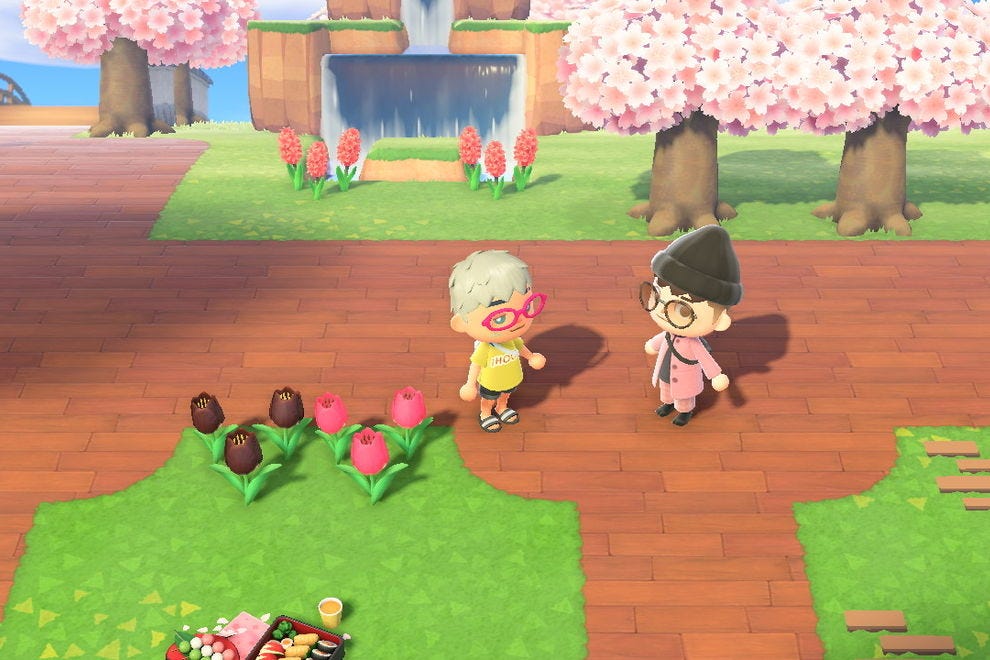 These tickets will allow you to venture to randomly-generated islands that have diverse and intriguing layouts. They range from the benign butterfly-filled to the treacherous tarantula-laden. They’re also a good way to find rare fish and bugs, as well as meet new prospective villagers. Think of it as a vacation from vacation. 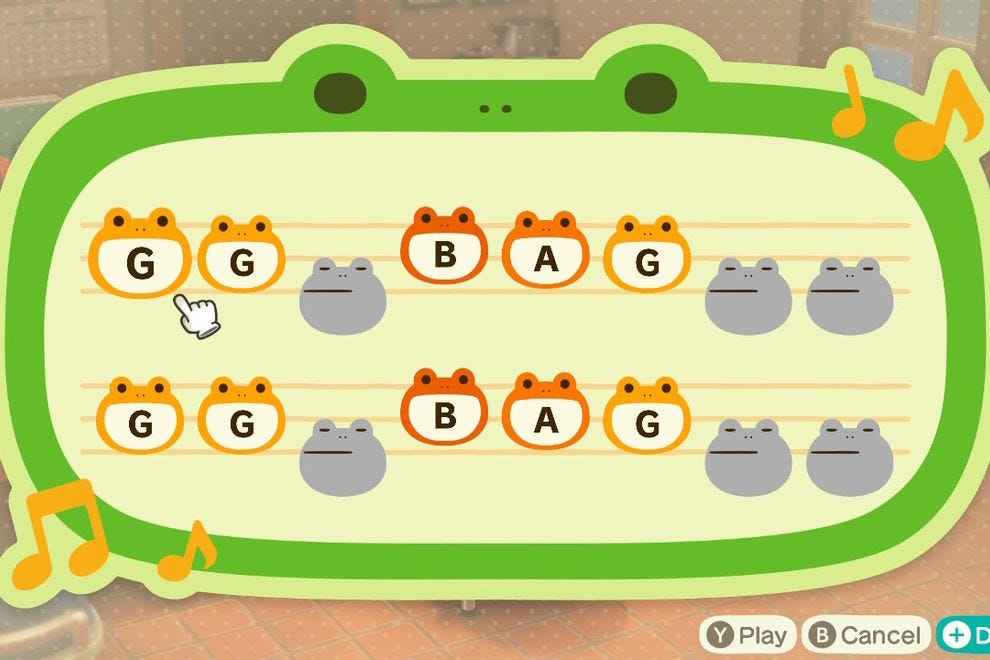 Compose your own town tune — Photo courtesy of Corey Barker

Each island village has a “Town Tune,” and guess whose job it is to create it? There is a default tune, so those who aren’t musically-inclined don’t have to worry. However, if players are so inclined, they can compose a town tune from scratch or try to recreate one of their favorite songs. 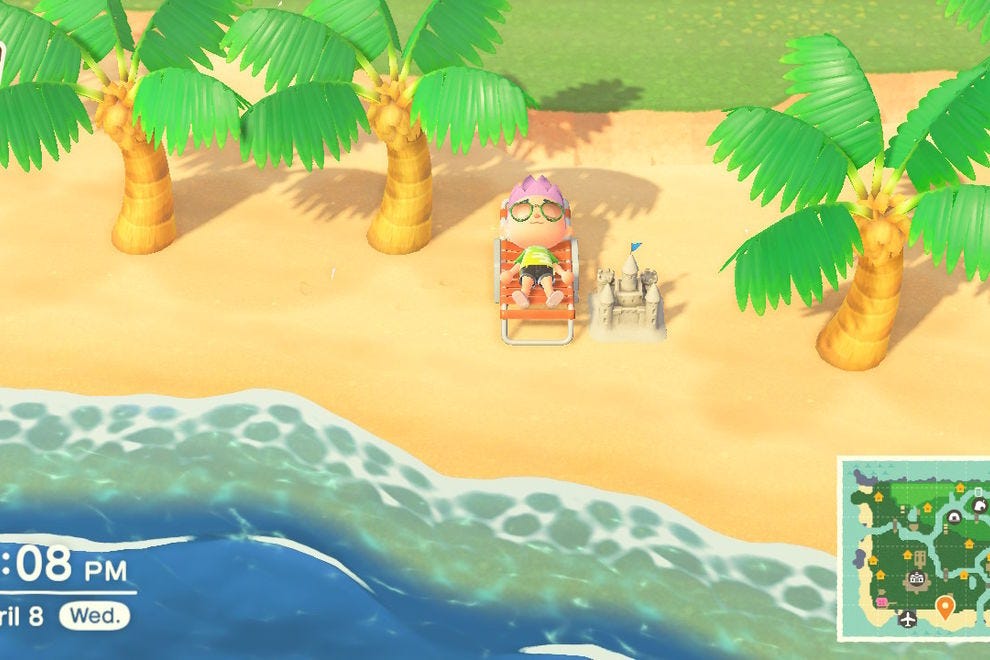 So, to some readers, this may seem like a non-entry, but hear us out. “Animal Crossing: New Horizons” is like a big hug that just allows you to release all of your stress. Whether you’re fishing, composing, designing or whatever else, you’re surrounded by smiling characters, a gentle breeze and upbeat music that transports you to your happy place.

There aren’t any time limits to meet. There are no creepy characters chasing you (unless you count the occasional tarantula). Most of all, there are no omniscient or omnipotent characters constantly yelling at you about what to do. So, yes, relaxing is a huge draw for non-gamers and anyone who just needs a break from the real world.

Mon Apr 27 , 2020
Choosing a specific style for your living room is not always an easy decision, since sometimes you can decide for one style because you are thrilled by various styles and you want to merge them in one room. The good news is that you can do that freely, by choosing […]